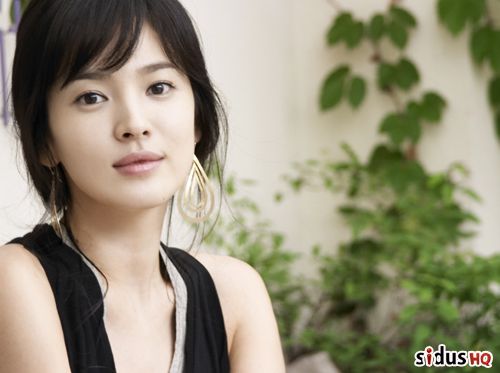 Korean actress Song Hye-kyo may be returning to the big screen through a new film by director Lee Jeong-hyang , best-known for 2002 hit pic "The Way Home".

"She is considering appearing in director Lee Jeong-hyang 's new film but it has not been finalized", an official at Song's agency Eden 9 Entertainment told Asia Economic Daily over the phone on Tuesday. "It is hard to decide on her next project since we have not been notified of when the movie she is currently filming in China will end".

Lee Jeong-hyang 's upcoming movie, which remains untitled, is a story about the conflicts and growth a television producer experiences after losing her fiance in a hit-and-run accident.

It is Lee's first film since "The Way Home", which turned then-child actor Yoo Seung-ho into a household name, became a local box office hit eight years ago.

She has also done some work on the big screen including "Hwang Jin Yi" (2007) and Asian omnibus pic "Camellia" (2010), directed by Jang Joon-hwan and co-starring Gang Dong-won.

The actress is currently shooting Wong Kar-wai pic "The Grand Master" in China.

"Song Hye-kyo ponders new film by Lee Jeong-hyang "
by HanCinema is licensed under a Creative Commons Attribution-Share Alike 3.0 Unported License.
Based on a work from this source