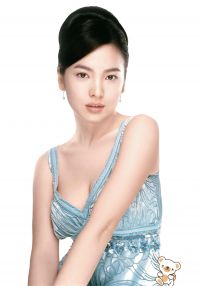 Hallyu star Song Hye-kyo teams up with Michelle Yeoh from "Crouching Tiger, Hidden Dragon" and "Memories of a Geisha" fame to target the Asian public.

According to the film magazine "Variety", Song recently signed a contract with Stella Entertainment, located near Taiwan, for her work overseas.

Variety magazine wrote that "Song Hye-kyo became extremely popular [with the Asian public] after co-starring with Rain in the TV drama, 'Full House'. She also starred in 'My Girl and I', as well as 'Hwangjinyi'. She was also cast in the director Son Soo-peom's independent film which was also his U.S.A. debut, 'Fetish'."