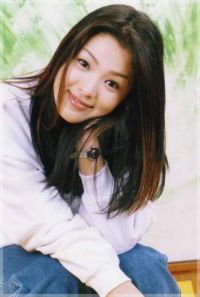 Major Chinese website Sina.com reported that the 27-year-old actress will play a supporting role in film "The Grand Master", about Ip who trained hundreds of kung fu students, including Lee, till his death in 1972. Ip had fled to Hong Kong in the 1940s to escape the Communist takeover of China.

Some of the best actors from the Greater China region, including Cannes award-winner Tony Leung Chiu-wai, Ziyi Zhang and Chen Chang, will also star in the film set for release around December next year.

Wong had continuously expressed his interest in working with Song, officially stating so at the Pusan International Film Festival in 2004. He also invited her to the premiere of his film "My Blueberry Nights" held in New York of August last year.

Wong has won several international acclaims including the award for best director twice at the Hong Kong Film Awards and the same title at the Cannes film festival in 1997 for "Happy Together".

Song, who had appeared in a string of dramas and sitcoms since her debut 1996, shot to fame in hit KBS TV series "Autumn in my Heart" co-starring Hallyu stars Won Bin and Song Seung-heon. She gained increasing popularity throughout Asia with her roles in several successful TV shows thereafter including "All In" opposite Lee Byung-hun and "Full House" alongside Asian pop sensation Rain.

Song made headlines in August after admitting to dating top Korean actor Hyun Bin, her co-star of last year's TV series "Worlds Within".

"Song Hye-kyo to appear in Won Kar-wai biopic"
by HanCinema is licensed under a Creative Commons Attribution-Share Alike 3.0 Unported License.
Based on a work from this source