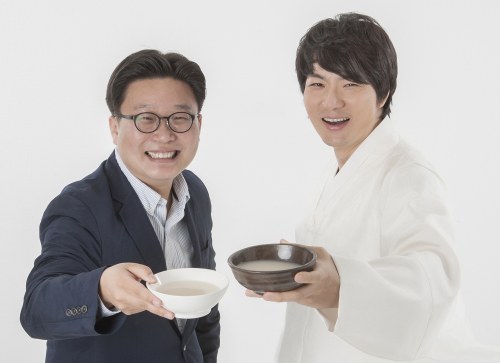 Korean promotions expert Seo Kyeong-deok revealed, "After advertising Magolli at the New York Times Square last year, we have chosen Pattaya, Thailand as the first Asian city to do it next".

Pattaya is a great tourism city with over 15 million tourists visiting the city every year. The advertisement is planned to be shown at least 100 times a day until the end of the year on the billboard of Walking Street which is a major downtown in Pattaya.

Seo said, "This ad will be put up on Facebook, You Tube, Twitter and other SNS to be seen on smart phones everywhere around the world.

Song Il-gook supported this advertisement and said, "It's said that Makgolli has been selling out a lot overseas. Promotion is important but I hope we can take me interest in our traditional Makgolli in celebration of Chuseok".

"Song Il-gook advertises Makgolli in Thailand"
by HanCinema is licensed under a Creative Commons Attribution-Share Alike 3.0 Unported License.
Based on a work from this source