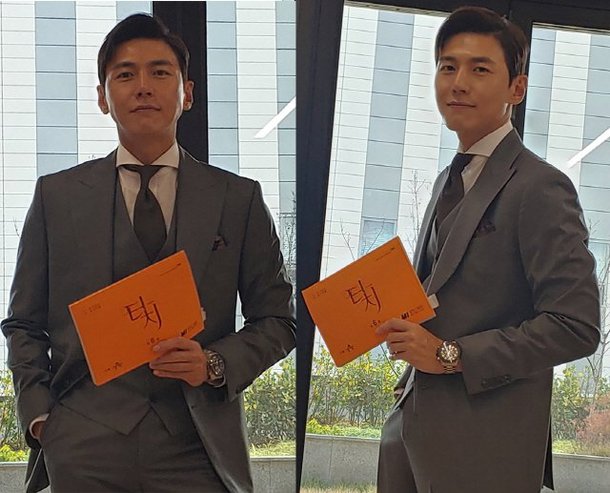 Song Jae-hee took a pose with his script.

He looks handsome as he smiles with anticipation for the drama.

Channel A drama "Touch" is a romantic beauty comedy about a bankrupt make-up artist and a trainee who fails to achieve her dreams of becoming an idol.

Song Jae-hee has starred in numerous dramas such as "Grand Prince", "Mad Dog" and "Ms. Temper and Nam Jung-gi".

He recently played Tae Soo-ho in the TV Chosun drama "Babel" and left a deep impression of himself.

"Touch" begins in January next year.

"Song Jae-hee Reveals Behind-the-Scenes Shots From Channel A Drama "Touch""
by HanCinema is licensed under a Creative Commons Attribution-Share Alike 3.0 Unported License.
Based on a work from this source