Song Jae-ho Passes Away after 50 Years of Acting 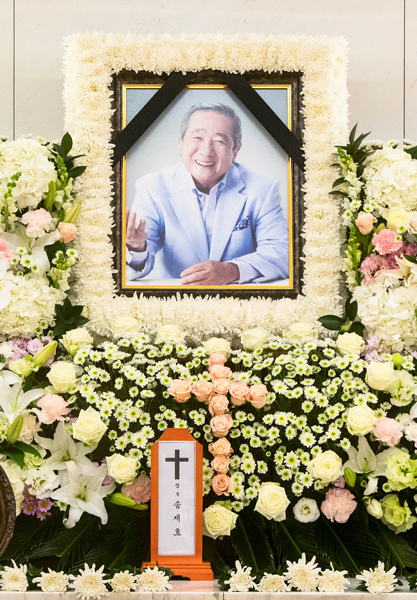 The son became a pastor according to his father's wishes. However, he is also the owner of the sequel left behind by his father. Actor Song Jae-ho passed away on the 7th this month from chronic diseases and the story of him and his son seems more affectionate than ever.

The deceased was born in Pyeongyang in 1937, graduated the Department of Korean Language and Korean Studies at Dong-A University and debuted as a voice actor in 1959 in KBS Busan. He officially started acting in 1964 in a movie and rose to stardom in a movie that was created in 1975.

Song Jae-ho has been active with various movies such as "Memories of Murder", "The President's Last Bang", "May 18" and "Late Blossom". He left a fatherly image in the drama "Precious Family" and continued to star in hit dramas such as "The King and the Queen", "The Most Beautiful Goodbye" and others. It is known that he suffered about a year with chronic diseases and his 50-year career ended with his final film "A History of Jealousy" in March this year.

His son was once passionate to follow in his father's footsteps. First son and pastor Song Yeong-chun, made an appearance in one of his father's major works in 1982. However, he became a pastor according to his devoted father's wishes. Actor Jo Sun-mook said, "The actor was always caring and embraced the younger actors". In 2012, the late actor also refused to film a drama, urging for the payment of junior actors who were yet to be paid.

The late actor who also played as a shooting player in 1979, also served as a shooting referee at the 1986 Asian Games and the 1988 Seoul Olympics. He also paid attention to environmental issues while serving as a public relations member of the Hanam International Environmental Exposition Organizing Committee and president of the Wildlife Management Association in 1999.

His funeral is being held in Samsung Seoul Hospital in Gangnam. The send-off is on the 10th and he will be rested in Eden's Paradise in Icheon.