Song Ji-hyo: 'I Become Very Competitive Both in Acting and Entertaining' 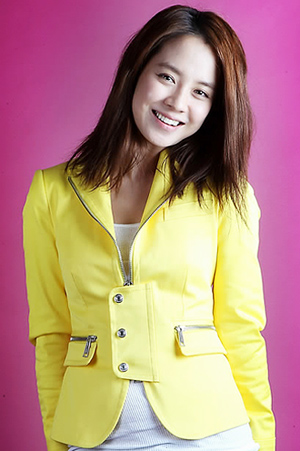 She is an actress, but she never emphasizes her appearance and presents genuine and friendly behavior every time on the program, which definitely contributes to her popularity. There is another reason she is popular. She recently appeared on a TV commercial with her popular comment, "No doubt", and this TV commercial helped her to gain more popularity. Her appearance on the commercial does not look like that of a typical actress, but she presents a cute and friendly appearance, which makes her approach the public closer. Does she want to be in the spotlight only because of her appearance, as she is one of the actresses who usually wants to attract attention with her beauty? Song answered, "I do not think so. Any drama and entertainment program are all the same to me because I am in it. I become very competitive regardless of the genre no matter whether it is acting as an actress, hosting as the MC, or appearing on a variety program. If I had ever wanted to look beautiful, I should not have appeared on 'Running Man' from the beginning". 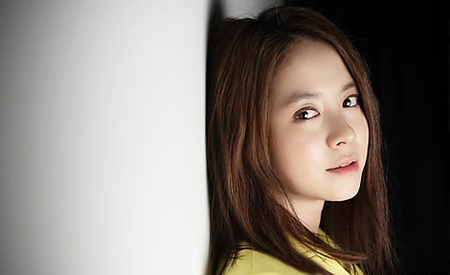 Song Ji-hyo recently came to Uljiro to give an interview that the interviewer had originally planned a long time ago when Song Ji-hyo appeared in the MBC drama "Gyebaek". At that time, Song Ji-hyo was often hospitalized due to fatigue and a breathing disorder from her tight schedule while filming "Gyebaek" and "Running Man" at the same time and she could not attend the interview. She finally came to give an interview three months later after she finished filming "Gyebaek", and she said, "I feel very good now as I have taken enough rest after finishing the drama. I consumed herbal medicine and healthy food which are reportedly good for my health, so now I can film any other additional work at this moment even while filming 'Running Man' at the same time. I failed to take care of my health before because I had just thought that I could do anything only with my strong will, but it was physically very hard while filming two works without taking care of my health". 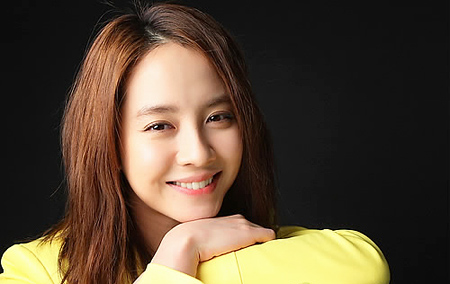 Song Ji-hyo garnered great popularity for her appearance in the very popular drama "Jumong" from 2006 to 2007 by playing the character named "Yesoya", and she has been rated an actress well suited for historical works with her appearances in the movies "A Frozen Flower" and "Gyebaek" after "Jumong". But she did not receive a favorable response in the beginning. Song said, "At first, people criticized me, saying that I was not an appropriate actress for 'Jumong' (laugh), but usually acting is something that an actor has to try to perfectly fit to the character even though the actor does not seem to be well matched to the character. It was a natural process". Yesoya has an image of a representative female character who is obedient, but the character Eungo whom she played in "Gyebaek" is an ambitious woman who is waiting for the right time for revenge, and Song Ji-hyo perfectly presented those two opposite characters. Song said, "I was attracted to Eungo's ambition from the beginning. Usually a female character in a historical drama is very supportive of a male character, but she is a very active character. I heard that the real Eungo in history was a wicked woman. As she was a very active character in the drama, I was very busy while playing her. I had to move from here to there and underwent diverse experiences such as torture and imprisonment. She was such a dynamic character and I had to film more scenes compared to Yesoya before". 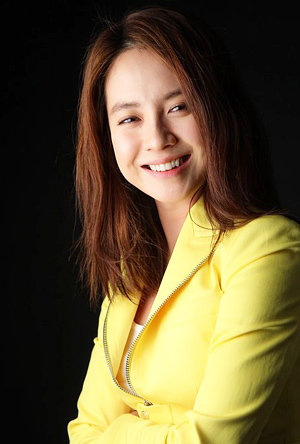 "Gyebaek" could not become a remarkable achievement until the last episode, but Song Ji-hyo was still very busy while filming "Running Man" and still gained more popularity. Song Ji-hyo said, "I really enjoy filming 'Running Man' as it was like playing games. I became completely immersed in the filming while enjoying the filming (laugh). In addition, the cast members formed an excellent harmony". People referred to her and singer Gary as a couple in "Running Man", who is another actor on the variety program. Song explained, "Gary and I are both the rookies who first appeared on the variety program, so we depended on each other. The other cast members are all quick-witted experts in filming variety programs except me and Gary, so the two of us seem to feel sympathy for each other (laugh)".

Song Ji-hyo debuted nine years ago with her appearance in the movie "Wishing Stairs" in 2003, but she has not appeared in many works up to now. She said, "I have not appeared in many works because things did not go well as I had planned. While going through many difficulties, I cried and I felt agony. My feelings were hurt during that process, but I did not give up and continued to work after overcoming those difficult situations until today. I thought that the entertainment industry was still very attractive to me despite any difficult moment. As I mentioned, I have not appeared in many works up to now, but I wondered whether I could be very good if I had appeared in more works at that time because I basically think that I became more mature after going though all those difficulties in the past. I still have more things to learn, and I was not a good actress in the past. I reached my current state because I have entered my thirties and I have nine years of experience. I will continue my acting career because my acting has not yet been perfected. I will keep trying until I can satisfy myself. I am a person with a strong will". She smiled while making her last comment, saying, "I want to live while doing what I want to do, and this is my dream".

"Song Ji-hyo: 'I Become Very Competitive Both in Acting and Entertaining'"
by HanCinema is licensed under a Creative Commons Attribution-Share Alike 3.0 Unported License.
Based on a work from this source