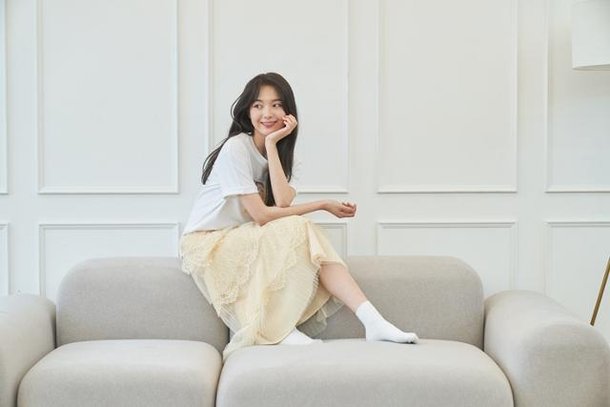 "Dal-ri and Gamjatang" is a crazy romantic comedy that takes place when a straight, ignorant man and a woman from a prestigious family who fall for each other without knowing each other, want to revive a fallen art museum and reunite with debt. In the drama, Song Ji-won-I plays Na Gong-joo, an intern at an art museum run by Kim Dal-ri (Park Gyu-young).

Song Ji-won-I's addition to "Dal-ri and Gamjatang" is expected to add new fun to the drama.

Song Ji-won-I debuted in 2018 with a play and made an impression with various advertisements for cars, beauty products and drinks. She also starred in the SBS drama "Do You Like Brahms" last year.

Song Ji-won-I's "Dal-ri and Gamjatang" began filming in April and will premiere at the end of the year.