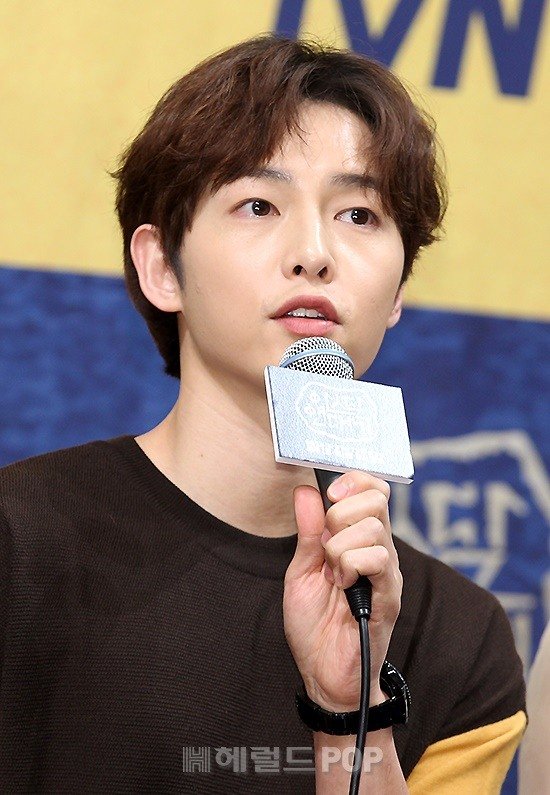 Heart-throb Song Joong-ki has finally returned to the small screen with the epic fantasy series "Arthdal Chronicles", which starts on cable channel tvN on Saturday. It is his first TV series since the mega-hit "Descendants of the Sun" in 2016.

The series finished shooting all the episodes in advance over the last nine months, Thursday being the last day of shooting. Some parts were filmed in overseas locations in Brunei in February.

Expectations are running high as the drama is the first epic fantasy set in the prehistoric era made with a huge budget of W54 billion (US$1=W1,191).

Cast members themselves are saying they are excited to see how it turns out.

"Arthdal Chronicles" deals with power struggles between tribes in ancient times, and also stars Jang Dong-gun, Kim Ji-won and Kim Ok-vin. It is divided into three parts, each comprising six episodes, and will be available on Netflix in Asia and English-speaking regions one hour after being aired on tvN.

"Song Joon-ki Returns to TV with New Epic Series"
by HanCinema is licensed under a Creative Commons Attribution-Share Alike 3.0 Unported License.
Based on a work from this source