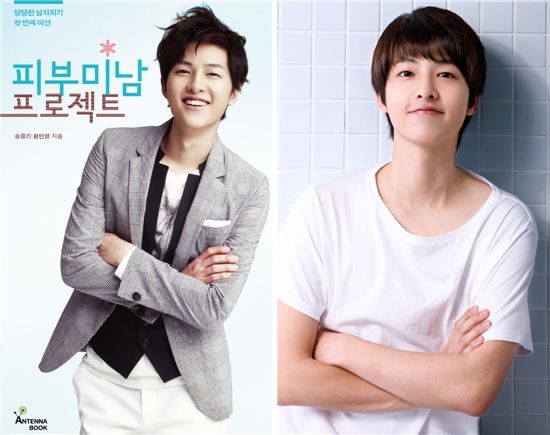 Korean actor Song Joong-ki's book on male facial grooming will be released in Taiwan, according to his agency Sidus HQ on Thursday.

"Nowadays, there is a growing number of men who are showing a great interest in their skin. Song's book is popular among the male readers as a guidebook for better skin", Kwon Youmi, the editor of Antenna Book was quoted as saying.

She went onto explain that the book has received inquiries from China, Hong Kong and Japan with Song's popularity rising in Asia region and added that "Beauty Guy Project" has been a steady seller in Korea since its release last April.

Song, 23, began his career in 2008 through TV series "Love Racing" and has since appeared in the movie "A Frozen Flower" and TV series "My Precious You", "Triple" and "Will It Snow for Christmas??"

"Song Joong-ki book on facial grooming to go on sale in Taiwan "
by HanCinema is licensed under a Creative Commons Attribution-Share Alike 3.0 Unported License.
Based on a work from this source