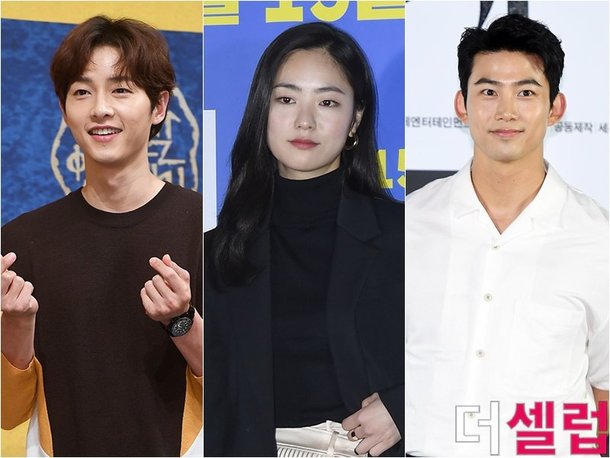 The new tvN drama "Vincenzo" which is one of the most anticipated dramas of 2021, is about a Mafia consigliere who comes to Korea from Italy due to conflicts within the organization, gets linked with a veteran evil lawyer and embodies justice in a villain's way, advocating a social comedy genre.

Song Joong-ki will embark on a unique acting transformation as a cold-blooded strategist and lawyer for the Mafia, Conceili Vincenzo Cassano. Equipped with his outstanding negotiating skills and charisma, he is a 'revengeist' unlike his sweet looks. Vincenzo Cassano, who came to Korea, unexpectedly solves the case by entangling himself with Hong Cha-yeong (Jeon Yeo-bin), a lawyer who runs a monopoly and will even sell her soul for victory.

Jeon Yeo-bin, who has quickly emerged as a popular actress between movies and dramas, turns into a self-indulgent lawyer, Hong Cha-yeong. Armed with abusive language and competitive spirit, she is the ace lawyer of Korea's top law firm. Hong Cha-yeong, whose priority is her own profits rather than good and evil, is a changing character when she meets the 'strong guy' Vincenzo Cassano from Italy.

Ok Taecyeon, who makes a strong impression on any character, turns into Jang Joon-woo, an intern lawyer who wants to become the James Bond for Hong Cha-yeong. He is a manly man with an innocent smile and his eccentric and sloppy personality is out of control. Following Hong Cha-yeong, who he unlimitedly trusts as his mentor, he fully invokes his hidden desire to win the case with the appearance of Vincenzo.

The production says, ""Vincenzo" is a black comedy about dark heroes who kill evil in a villain's way. The synergy of characters is as unique as the original material and dynamic development. A perfect lineup has been completed to maximize the individuality and reality of each character. You can look forward to it".

"Vincenzo" is helmed by Kim Hee-won-II and written by Park Jae-beom-I.

"Song Joong-ki, Jeon Yeo-bin and Ok Taecyeon in "Vincenzo""
by HanCinema is licensed under a Creative Commons Attribution-Share Alike 3.0 Unported License.
Based on a work from this source