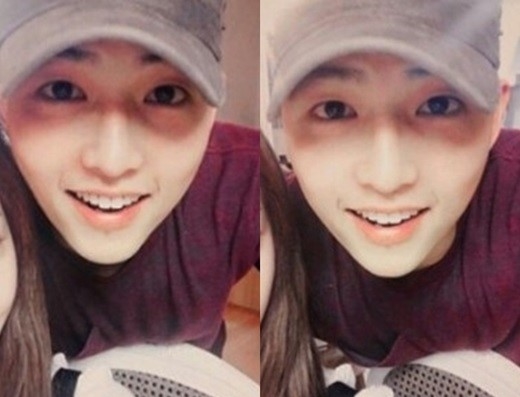 Actor Song Joong-ki took a selfie while he was enjoying his end of service vacation.

Song Joong-ki, who is currently serving in Army 22 divisions, has been on his 10 day vacation recently.

Since his selfie came up on an online community on May 10th, the image started spreading.

In the revealed photo, Song Joong-ki still looks outstandingly handsome just like the time before he had joined the military.

Song Joong-ki will be dismissed on May 26th. Right after he is dismissed from the military, Song Joong-ki will return to the small screen with his role in KBS' 'Descendants of the Sun'. He will play Yoo Si-jin, a soldier in Special Force dispatched overseas in the drama.

"Song Joong-ki on end of service vacation"
by HanCinema is licensed under a Creative Commons Attribution-Share Alike 3.0 Unported License.
Based on a work from this source