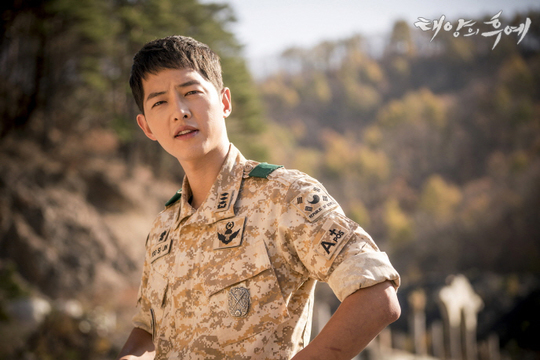 Song Joong-ki is planning his Asia tour in the biggest scale since he debuted. During the course of the panning for his fan meetings, he has been getting worried about the possible victims caused by misrepresentation in regards to the fan meeting in China.

There were rumors that the fan meeting may begin in China first. But the assumption was because of the early notice about the fan meeting in China in order to protect fans from fraud caused by misrepresentation. Song Joong-ki is currently adjusting the specific details of the Asia tour, which will begin in April in Korea and continue in the international locations including China, Japan, Taiwan and other various countries.

Song Joong-ki is starring as Yoo Si-jin in KBS 2TV's Wednesday & Thursday drama, 'Descendants of the Sun' and enjoying his best days of his career since he debuted.

"Song Joong-ki's Asia tour begins in April in Korea: agency sends out precautionary warning about misrepresentation and alike"
by HanCinema is licensed under a Creative Commons Attribution-Share Alike 3.0 Unported License.
Based on a work from this source