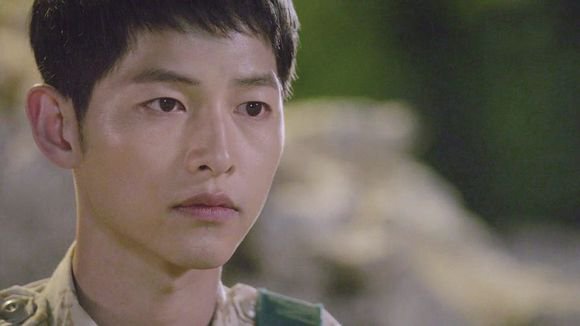 It's Song Joong-ki's world. Song Joong-ki is what is left of "Descendants of the Sun". Critics say the actor who played Yoo Si-jin was born ready. We take a look at his star abilities.

Song Joong-ki can't be said without his Naval image. The line, "This is just a good looking face" from the drama "Descendants of the Sun" isn't a lie. Writer Kim Eun-sook's delicious lines and Song Joong-ki's looks are enough to capture women's hearts.

Not only was Song Joong-ki good looking in "Descendants of the Sun", he was in the drama "Nice Guy" as well. He played a wolf boy who waited for his love for years and years in the movie "A Werewolf Boy". Song Joong-ki was able to accommodate these conditions and satisfied women's fantasies. He doesn't want to lose the nickname, "Pretty Boy".

Not only that, he said, "I learned romance through Yoo Si-jin. What he says is exactly what girls want to hear from their boyfriends and husbands" and defended Yoo Si-joon who is the result of writer Kim Eun-sook's fantasy. It's unclear if this attitude is coming from the popularity he gained, from Asian fans all over the world, or from the true heart of an actor. But one thing is for sure, and it's that he doesn't mind being used as a pretty and romantic guy. 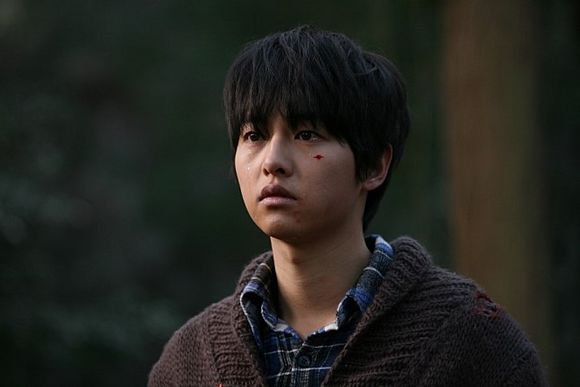 Song Joong-ki is a smart actor. He was a short track racer for 12 years, since elementary school and he was a good student. He aced most subjects and that makes him look even better looking. He entered Sungkyunkwan University with a SAT result of 380 out of 400 and he was an anchor for the broadcasting team there. In addition, he was the winner of a TV show called "Quiz Korea".

Though it may seem irrelevant to acting, it played a part to make Song Joong-ki who he is today. He started acting at a later age but he was able to find his place so quickly because he is a model student like he has always been. He worked hard and he always made the right decisions every time there was a chance. He rose to stardom in the drama "Sungkyunkwan Scandal" then continued in "Deep-rooted Tree" as the younger version of Han Suk-kyu's role.

Those around him tried to stop him because of the small part but he was acknowledged for his performance. When he was in the movie "Penny Pinchers", an interviewer asked him, 'Isn't it normal for a star to play cool roles first before degrading himself?' and he answered, 'That's one typical way of expanding one's spectrum. It's silly to follow the trend.' Song Joong-ki wants to be handsome and talented at the same time.

An actor who shines for his efforts

Song Joong-ki was famous for his good looks in school but he didn't get the main role at first. He did part-time jobs after school and traces of him from back in the day still remain today. He believed that 'not having talent can be turned into an opportunity.' He received the help of actor Lee Joon-hyuk during "A Werewolf Boy" and studied the movements of a wolf. While in "Deep-rooted Tree", he tried to understand the King Lee Do by reading back in history.

He was able to bring out his efforts without disturbance and completed his profile. Song Joong-ki won't mind being a soldier again. His next movie is "The Battleship Island" which is about the escape of the Joseon people during the Japanese Invasion. This time, Song Joong-ki is going for the shave. 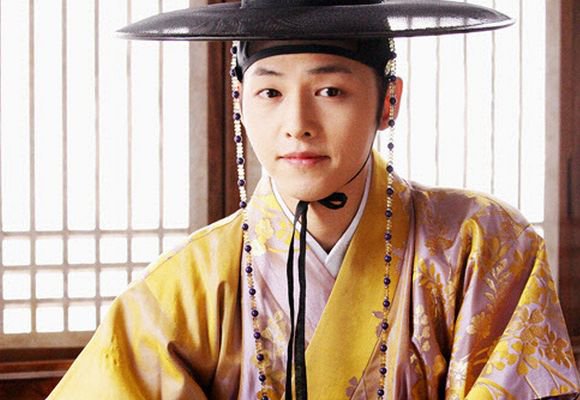 The impudence is an option

Song Joong-ki doesn't go in circles when it comes to interviews. He is able to go over sensitive questions with wit. He is humorous-he once said, "I like deep relationships. Others aren't fun. I like to express my feelings first".

Song Joong-ki hosted a music show that aims for teenage viewers when he was 26-years-old. He then starred in the SBS TV show "Running Man" too. It wasn't always uphill for him. He was criticized for his bad lead in a music awards show in 2011.

Song Joong-ki is able to control any situation on his own. He looks young but sturdy. He has become a 2016 star with his various talents. It is expected that he goes down paths that no other star has gone down before.

"Song Joong-ki's points of appeal"
by HanCinema is licensed under a Creative Commons Attribution-Share Alike 3.0 Unported License.
Based on a work from this source