Song Joong-ki Turns into a Mafia Lawyer in "Vincenzo" 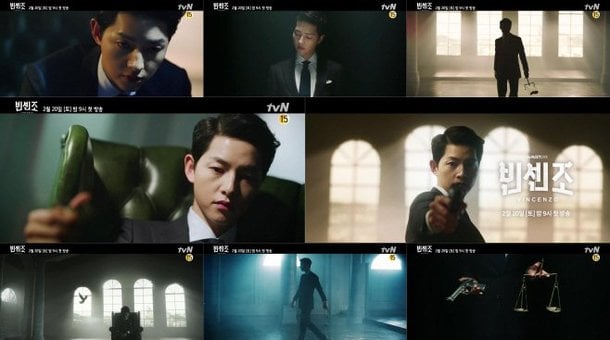 Song Joong-ki has turned into a cold-blooded mafia lawyer in "Vincenzo".

"Vincenzo" tells the story of an Italian mafia lawyer who came to Korea due to the betrayal of the organization, wiping out villains in a villain's way with a veteran lawyer. It is collaborated by director Kim Hee-won-II, who made "The Crowned Clown" and "Money Flower", and writer Park Jae-beom-I, who wrote "The Fiery Priest", "Chief Kim", "Good Doctor", and "God's Quiz".

In the teaser video released on this day, Song Joong-ki, who plays Vincenzo, announces his first intense appearance. He touches a lighter as if he is lost in thought, then he opens his eyes and intense images such as a gun, a Libra, and his blood on broken glass brush by. The significant warning, "I'm here to warn you, not to negotiate. I make the judgment around here", is also eye-catching.

Song Joong-ki plays Vincenzo Cassano, a mafia lawyer from Italy. Vincenzo is a cold-headed strategist and mafia consilier who has excellent bargaining ability to control opponents.