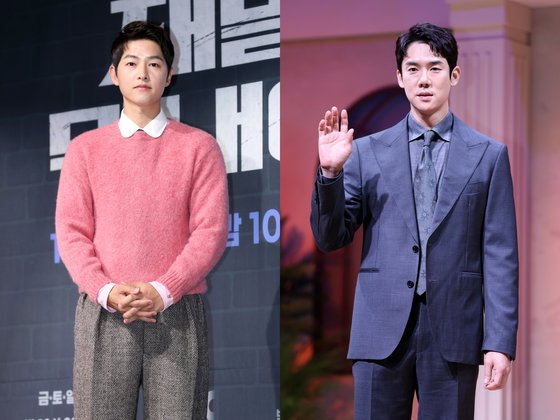 Following "Reborn Rich" which is drawing attention with Song Joong-ki and three episodes a week, JTBC plans to fill the end of this year with a series of new dramas "The Interest of Love" and entertainment show "Handless Day".

Following JTBC's Friday-Saturday Sunday drama "Reborn Rich" which surpassed 10% of viewership in the first week of airing, JTBC is expected to lead the drama craze with "The Interest of Love". "The Interest of Love" is a new JTBC Wednesday and Thursday drama that will premiere at 10:30 PM on December 21st. Recently, it opened a prelude to love by releasing teaser posters and videos. It is a melodrama that tells the story of people with different interests meeting and understanding the meaning of true love.

In the first episode, a double-income couple, who raise two girls, will appear as their first clients. It will contain the story of an ordinary family that can be easily met around us.

Kim Min-seok, Park Geun-hyung, PD of "Hang Out With Yoo", Noh Jin-young, writer of "One Night, Two Days Season 4", and entertainment legend Shin Dong-yup, who has just started an entertainment show, will air for the first time at 8:50 PM on the 25th.