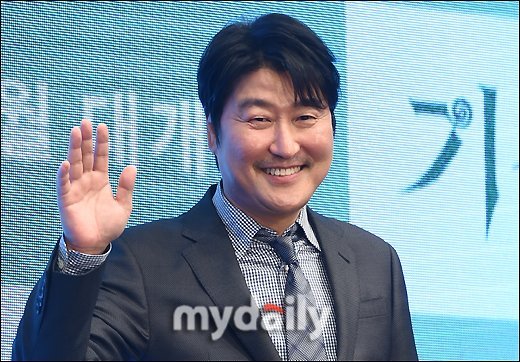 Song Kang-ho said, "I've been acting for 30 years including theater. I started theater in 1989. I have been acting in movies for 24 years. Dramas have never been my thing compared to movies. I am very much like Bong Joon-ho in this way, as we both can't multitask".

Bae Chul-soo asked if he'd be in a drama if the right offer approached him and Song Kang-ho said, "But I don't think I'd get any. They don't need me when there are so many talented people doing drama".

"Song Kang-ho Talks About Drama on "Music Camp" "
by HanCinema is licensed under a Creative Commons Attribution-Share Alike 3.0 Unported License.
Based on a work from this source