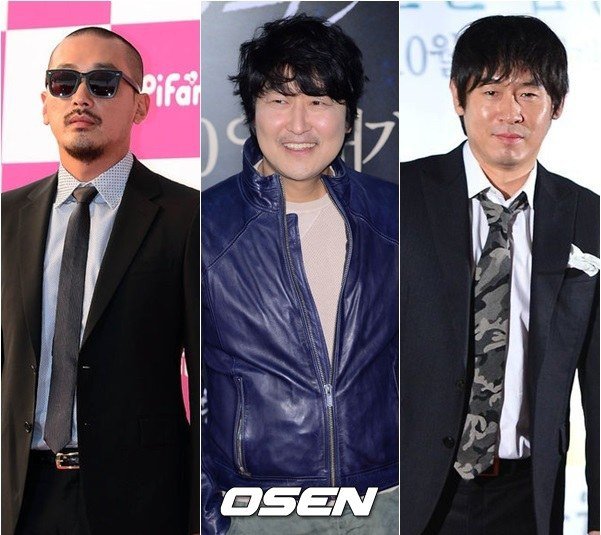 There's going to be competition at the 50th Baeksang Arts Awards.

The 50th annual BAA is going to be held on the 27th at 6:30PM at Kyeonghee University to reward the stars who have shined throughout the year. It is expected that there's going to be tough competition amongst the leading actors and actresses of Chungmuro.

Firstly, Ha Jung-woo's name has been nominated for the movie "The Terror Live", which entails an anchorman who broadcasts the live feed of a terrorist responsible for the destruction of Mapo Bridge. Ha Jung-woo is the anchor named Yoon Yeong-hwa.

Ha Jung-woo didn't let go of his intensity, which was the most important element throughout this movie. Not only that, the movie's success proved his ticket powers. Being a 3-time BAA award winner, Ha Jung-woo has a high possibility of winning this year's trophy again.

"The Attorney" Song Kang-ho is also a likely candidate. Based on the late president Noh Moo-hyeon, "The Attorney" is about the story of five different people and their lives, which changed the life of attorney Song Woo-seok (Song Kang-ho) who wasn't highly educated.

Moving non-stop with "Snowpiercer" last year to "The Face Reader" and now "The Attorney", Song Kang-ho has a record of taking home Best Actor, Best Picture and others; therefore, there's no doubt he is a likely winner as well.

Another actor who can't be missed is Sol Kyung-gu. He takes on the role of Dong-hoon who tries hard to comfort and treat the pain of an abused child named So-won (Lee Rae).

Sol Kyung-gu acted so beautifully in this movie that it's hard not to cry. He is still quite popular enough to have won the Most Popular Award at the 2013 Cheongryong Film Festival. He's also won the Best Actor at the CFF and he's got what it takes to win it this time.

There's also Jung Woo-sung from the movie "Cold Eyes" and many other possible candidates for the trophy.

"Song Kang-ho vs. Ha Jung-woo vs. Sol Kyung-gu"
by HanCinema is licensed under a Creative Commons Attribution-Share Alike 3.0 Unported License.
Based on a work from this source