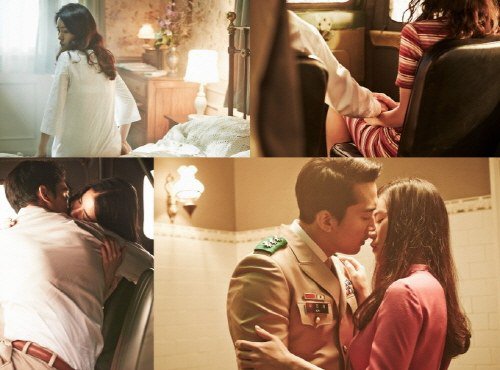 The thrilling adult rated scenes between Song Seung-heon and Lim Ji-yeon can now be enjoyed at home.

The distribution service of the movie has expanded from IPTV to online and mobile as well.

GOM TV is currently holding an event which selected customers can watch "Obsessed" for 50% off.

The release of "Obsessed" on IPTV was decided by demand.

According to the Korean Film Council, "Obsessed" has an accumulated 1.43 million viewers.

Meanwhile, Song Seung-heon and Lim Ji-yeon's bed scene which was revealed through a preview has led to increased anticipation.

Netizens say, "It's on IPTV so soon", "Does IPTV bring better profits?" and more.

"Song Seung-heon and Lim Ji-yeon's "Obsessed" now available via streaming"
by HanCinema is licensed under a Creative Commons Attribution-Share Alike 3.0 Unported License.
Based on a work from this source