Song Seung-heon "I Loved the Original Movie 'A Better Tomorrow, 1986'" 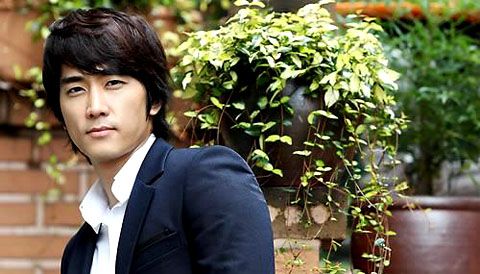 Actor Song Seung-heon has made a comeback after a two-year break by playing Lee Young Choon in the movie "A Better Tomorrow".

Song said, "I and every man my age actually admired the movie 'A Better Tomorrow, 1986' in the past. In that movie, the actor Chow Yun Fat, who fired guns with both hands and lit a cigarette by lighting fire to faked bills, looked wonderful. I thought that I would be criticized anyway even though I performed very well in the movie".

During an interview held at a café in Samcheongdong, Song Seung-heon said, "We did not just try to reproduce the original, instead we produced a Korean style of storyline and a movie filled with Korean sentiment. The movie is not just a simple remake".

The movie tells the stories of Hyuk (Joo Jin-mo), who belongs to an organization smuggling weapons, Hyuk's younger brother Chul (Kim Kang-woo), who has to chase Hyuk as a policeman, and Tae Min (Jo Han-sun), who tries to conquer the organization by eliminating the others. The movie will be released on September 16.

Song Seung-heon played a North Korean defector named Young Choon who works at the weapon smuggling organization. He said, "I decided to appear in this movie because I have a deep-rooted trust toward the director, and since my debut movie, in which I had worked together with the director, I have always wanted to work with him again someday".

Actor Song Seung-heon and the director, Song Hae-seong, met again 11 years after they filmed the movie "Calla" (1999). Since that time, the director Song had developed into a famous movie director by making movies such as "Failan" (2001) and "Maundy Thursday" ("Our Happy Time", 2006), and the actor Song had become a Hallyu star by appearing in many dramas and movies.

Song Seung-heon said, "Director Song has come to have more clear views of his own. He used to listen to actors' opinions before, but he has changed to a person who wants to carry his own points" (laugh). 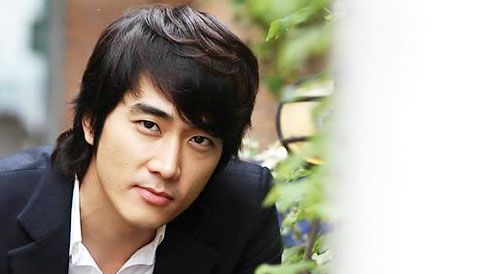 The original movie, "A Better Tomorrow, 1986" is a major work of Hong Kong Noir, in which Hong Kong's star actors of the 1980s such as Chow Yun Fat, Leslie Cheung and Ti Lung had appeared, and it actually had a profound influence in Hong Kong's movie industry as an action movie.

Song Seung-heon had inevitably felt pressured about the original, but he did his best to draw an evaluation from viewers saying that the remake movie came close to the original. For playing the character Young Choon in earnest, he started to smoke again even though he had quit smoking five years ago, and he had practiced disassembling a rifle at home to showcase a realistic scene. He had also learned how to play the piano and how to operate a boat. He did not even apply any lotion to his face to look as tough as possible.

He said, "Director Song asked me to show hazy eyes to express Young Choon, who had been ruined over a period of three years, but I could not understand his request and I even felt bitter about him. But, after I watched the completed movie, I could understand why he asked me that kind of request and I felt sorry because I might have been able to perform better if I had more time for preparation".

After he had left the army in 2006, he had played muscular characters in works such as "Fate", "East of Eden" (2008), and "A Better Tomorrow" because he had wanted to abandon his former soft and tender image shown in dramas such as "Autumn in my Heart" (2000) and "Summer Scent" (2003). Song said while smiling, "I had been described as a soft character in the previous dramas, but actually my personality is a long way from those soft images".

He will begin filming the drama "My Princess" from the middle of next month and act with the actress Kim Tae-hee in the drama. By appearing in this drama, he will come back to the small screen with a soft image again. He stated, "I have never played a wealthy character before, I always had to suffer from hunger and I had been depressed all the time within the drama. I am used to taking the role of a son coming from a poor and complicated family. It will be the first light and pleasant drama after a sitcom drama, so I expect that filming this drama will be very exciting and fun". 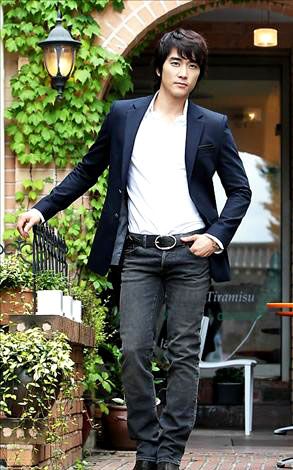 He added, "Since I cannot speak Japanese, I felt frustrated because I could not express myself very well due to language, but as time went by, I could realize that language was not that important in acting. In the end, I could concentrate on acting and was deeply immersed in emotion even more than when I acted in Korean films, so sometimes I did not listen to the director's instruction saying 'cut' and kept acting on the set".

"Song Seung-heon "I Loved the Original Movie 'A Better Tomorrow, 1986'""
by HanCinema is licensed under a Creative Commons Attribution-Share Alike 3.0 Unported License.
Based on a work from this source