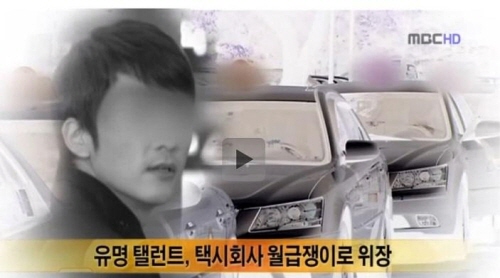 Actor Song Seung-heon is in an unfair case because of an unrelated file picture on MBC "News Desk".

There was an incident where "News Desk" on the 20th used an unrelated picture from a drama to report the case of 'famous stars work undercover to save insurance fees', making the netizen squad move.

In the video reported, scenes from the MBC drama "My Princess" were used, causing the misunderstanding. The images were mosaic but the netizen's managed to reveal it was Song Seung-heon and he suddenly became a disguised employee.

However, he doesn't have anything to do with this and he even received an award for Best Payer.

The misunderstanding happened because the news simply used the images of Song Seun-heon without notifying that it had nothing to do with the actual report.

Song Seung-heon's management showed disappointment saying "We hope there are no misunderstandings from fans and hopefully more sincere and accurate news will be delivered in the future. We received word from the news that they will input some words in their VOD service".

"Song Seung-heon is misunderstood as undercover employee in wrong screen on MBC news"
by HanCinema is licensed under a Creative Commons Attribution-Share Alike 3.0 Unported License.
Based on a work from this source