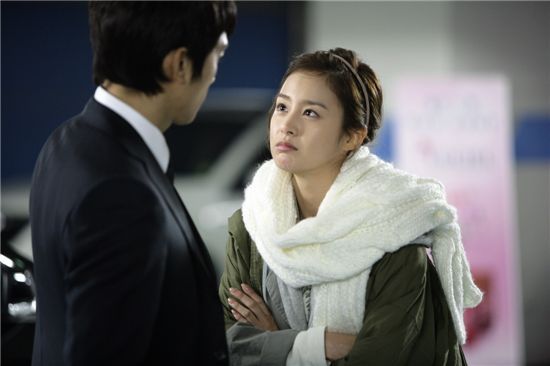 "I have high expectations for the show since it is my return to the small screen after two years as well as my first role in a romantic comedy. I hope to show a different side of myself to the audience through this production", Song was quoted as saying.

"I was really nervous on working together with Song but I felt comfortable once filming began", Kim said of co-star Song.

"My Princess" is a love story between a regular female college student named E-seul (Kim) and a diplomat named Park Hae-young (Song).

The show will go on air in early January next year after current Wednesday and Thursday series "Home Sweet Home" finishes its run.

"Song Seung-heon, Kim Tae-hee speak of shooting new drama"
by HanCinema is licensed under a Creative Commons Attribution-Share Alike 3.0 Unported License.
Based on a work from this source