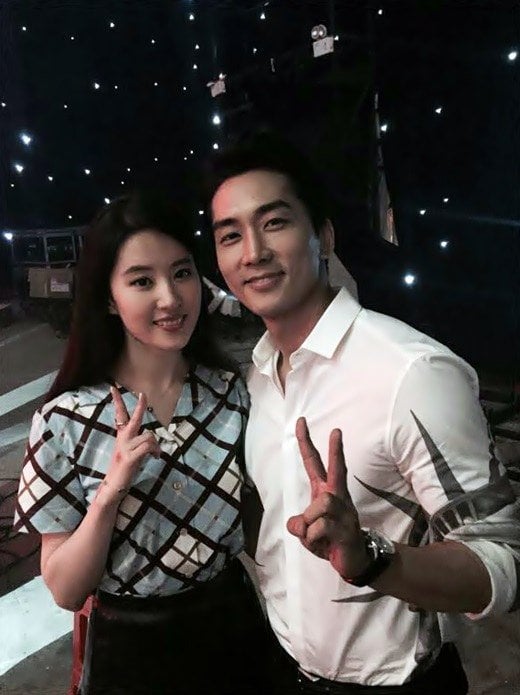 The two of them finished recording the Chinese TV show on the 12th.

They appeared together on the show to promote the movie "The Third Way of Love" which they starred in together.

In the middle of the recording, Song Seung-heon said to Liu Yifei, "I am not a selfish man but you make me selfish".

This is the first public activity they have done since the official announcement to their relationship. They arrived in China on the 11th and stayed at the same hotel.

Previously, Song Seung-heon's management had announced, "They have just begun this relationship. They were not together while filming the movie but after. They keep in touch via phone calls and texts but haven't really been together in person that much".

The two met in the movie "The Third Way of Love" which is based on a best-selling original.

"Song Seung-heon proposes to Liu Yifei"
by HanCinema is licensed under a Creative Commons Attribution-Share Alike 3.0 Unported License.
Based on a work from this source