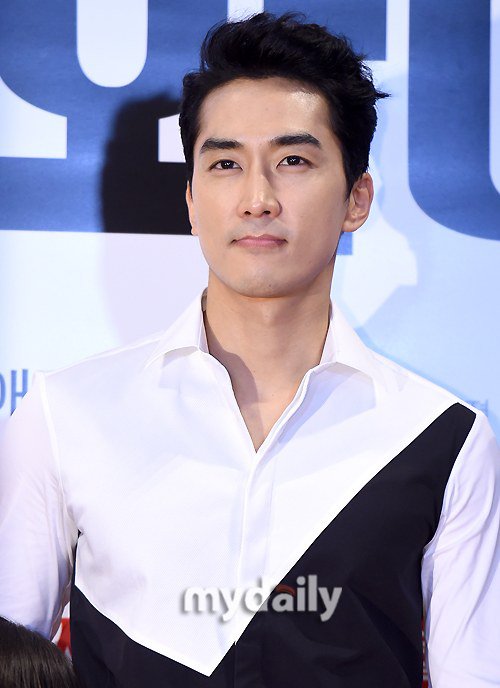 He was there as the Korean image promotions ambassador for the Korea China Youth Short Films Exhibition.

Fans cheered as he appeared and he waved back at them. Local media reported that he was very friendly and bowed in appreciation for his fans.

Song Seung-heon's popularity in China is thanks to his relationship with Liu Yifei.

Local media said, "Song Seung-heon smiled at his fans as they shouted the name Liu Yifei. However, he wasn't too responsive about it".

Meanwhile, local actress Jiang Yiyan was present at the event and so were singer Park Hye-kyeong, actress Jung Yeon-joo, actor Kim Ji-hoon-I and others.

This is the second film exhibition since last year. 42 films have been chosen out of 600 and there are various prizes to be given out.

"Song Seung-heon smiles at Chinese fans calling out 'Liu Yifei"
by HanCinema is licensed under a Creative Commons Attribution-Share Alike 3.0 Unported License.
Based on a work from this source