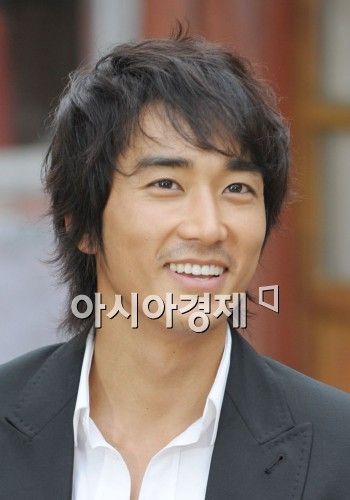 After attending a commissioning ceremony on Thursday, Song will start promoting the Korean traditional musical composed of cultural content representing Korea to audiences throughout Asia.

The show will be composed of various elements representative of past and modern day Korea including b-boying, traditional percussions and martial dancing.

In just three months since its opening, "Fanta-stick" surpassed top-rated performances including "Drawing Show" and "Nanta" in terms of monthly reservations in the non-verbal performance category.

"I agreed to promote the show because I would be introducing a good Korean production to many audiences both domestically and internationally with the hopes that it would become a global cultural content", Song was quoted as saying.

His film "A Better Tomorrow", a Korean remake of the Hong Kong classic "A Better Tomorrow, 1986", is set for a release around the Korean Chuseok holidays in late September and is set to make a comeback to the small screen later this year through TV series "My Princess" opposite top Korean actress Kim Tae-hee.

"Song Seung-heon to promote show "Fanta-stick""
by HanCinema is licensed under a Creative Commons Attribution-Share Alike 3.0 Unported License.
Based on a work from this source