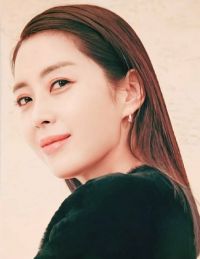 Song Yoon-ah said on her Instagram on the 21st, "I've only been posting pictures with no make-up. Have a great week everyone!"

The released photo shows Song Yoon-ah staring somewhere with a smile. Her elegant and beautiful visuals catch the eye.

Actress Song Hye-kyo, who saw this, expressed admiration for her beauty by posting a comment saying "Wow" and an emoticon with a thumbs-up.

Meanwhile, Song Yoon-ah married actress Sol Kyung-gu in 2009 and has a son. She starred as Nam Jeong-hae in the JTBC drama "Graceful Friends" which ended in September last year.

"Song Yoon-ah's Perfect Beauty"
by HanCinema is licensed under a Creative Commons Attribution-Share Alike 3.0 Unported License.
Based on a work from this source