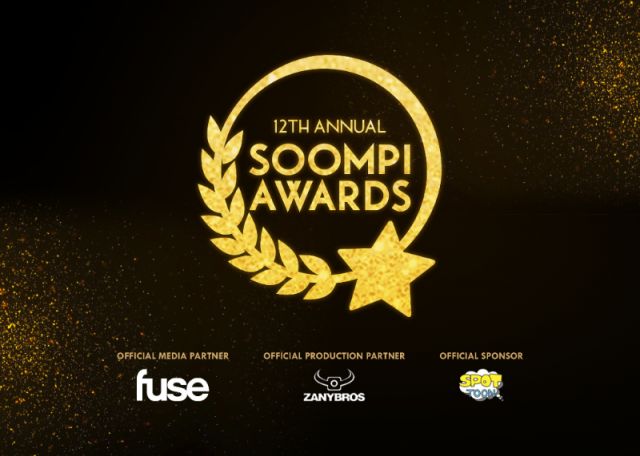 Category Winners Include K-Drama's 'The Legend of the Blue Sea', 'Descendents of the Sun' and K-Pop's GOT7, EXO, BTS

Soompi, the leading source for Korean pop culture news and fandom and a division of global streaming service Viki, today announced the winners of its 12th Annual Soompi Awards, which generated a jaw-dropping 96 million online fan votes over four weeks, more than doubling last year's numbers and underscoring the continued growing popularity of Korean entertainment around the world. The awards are sponsored by Spottoon, a premium webtoon library.

Winners were determined through a combination of votes on Soompi, Twitter and LINE, as well as scores calculated from the Soompi K-Pop Music Chart. This year, a record number of votes were cast from 139 countries, up 144% compared to the previous year. On Twitter, #SOOMPIAWARDS was tweeted 14.2 million times, with four related hashtags trending worldwide and 16 hashtags trending in individual countries.

"I'm incredibly humbled by the outpouring of support for this year's Soompi Awards", said Susan Kang, founder of Soompi and Vice President of Fandom at Viki. "As the voice of global Korean and Asian entertainment fans for nearly 20 years, Soompi is proud to provide fans around the world with the platform to recognize and award their favorites; we will continue to partner with global media and agencies to bring the best content and experience to our audience".

In the K-pop categories, GOT7 received three awards while EXO and BTS received two awards each. GOT7 won FUSE Music Video of the Year and Best Choreography for their pop anthem "Hard Carry", as well as Best Fandom, receiving more than 20 million tweets in support. EXO won the coveted Artist of the Year award, along with Best Male Group, while BTS won Album of the Year for "Wings" and Song of the Year for their smash hit "Blood Sweat & Tears".

See below for the full Soompi Awards winner's list. To learn more about the global content available on Viki, please visit Viki.com.

"Soompi Awards Generate Nearly 100 Million Fan Votes In Record-Shattering 12th Year"
by HanCinema is licensed under a Creative Commons Attribution-Share Alike 3.0 Unported License.
Based on a work from this source