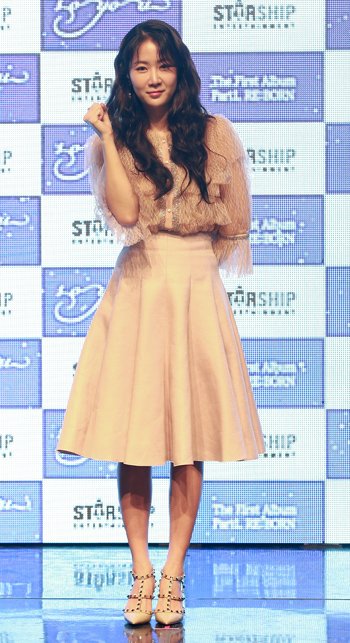 Soyou has released her first solo album seven years after her debut as a member of K-pop girl group Sistar, which disbanded early this year.

"I am really nervous and excited", she said in a showcase in Seoul on Wednesday, after songs from the album were made available on major music-streaming sites a few hours earlier. "A lot of thoughts came to my mind as I had a lot of things to say. I hope my music can help console and encourage listeners".

So-you said she is not too ambitious about it doing well on music charts, but would be happy to get good reviews on her songs themselves.

"I don't expect to see my album sweep the music charts. I just hope my songs can cheer people up", the singer said.

So-you seemed to be a bit afraid about the response from used-to-be fans of Sistar who might expect brilliant dance moves and choreography.

"Because this is my first solo album apart from Sistar, I wanted to focus on what I can do best and what I like to do, meaning that the album lacks dance tracks. But this is not my last album, and I will continue to work on releasing various genres of music in the future, so please stay tuned", she said.

"Soyou Releases 1st Solo Album"
by HanCinema is licensed under a Creative Commons Attribution-Share Alike 3.0 Unported License.
Based on a work from this source