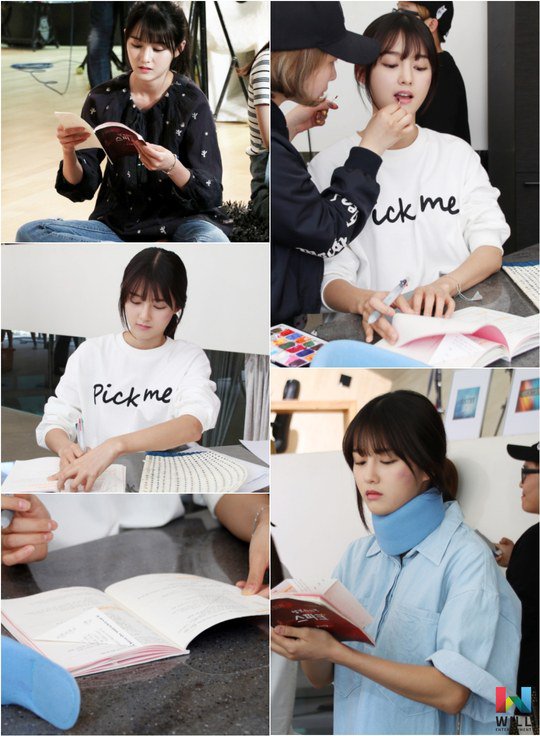 Nam Bo-ra from the web-drama "Spark" was spotted continually practicing her lines with her script in hand.

Her pictures came up on Will Entertainment's official Facebook on the 9th. The pictures promote the new drama and show how the actress relentlessly has her face in the script.

She even uses her break times to practice her lines even more and continuously thinks about her character. Her passion for the drama can be read in these pictures.

The actress is now 10 years into her career and she gives off a feel of charisma.

""Spark" Nam Bo-ra, looking prettier than ever"
by HanCinema is licensed under a Creative Commons Attribution-Share Alike 3.0 Unported License.
Based on a work from this source