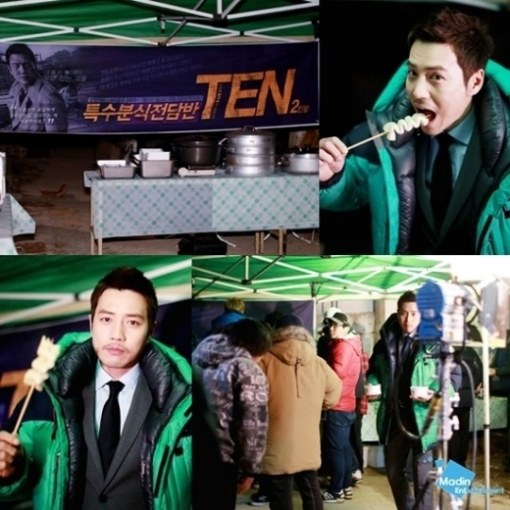 Currently playing the role of detective Yeo Ji-hoon in the OCN drama "Special Affairs Team TEN Season 2", Joo Sang-wook received a special present from the fans. It was a snack truck with over 60 kinds of food and desserts.

It seems that Joo Sang-wook was so happy to see this truck as he was up late night making a scene. A banner of the drama was hung on the truck as well.

Joo Sang-wook said, "I was happy to see the truck and the banner and it was really a good mood lifter as I was tired from the shoot".

""Special Affairs Team TEN Season 2" Joo Sang-wook's special treat"
by HanCinema is licensed under a Creative Commons Attribution-Share Alike 3.0 Unported License.
Based on a work from this source