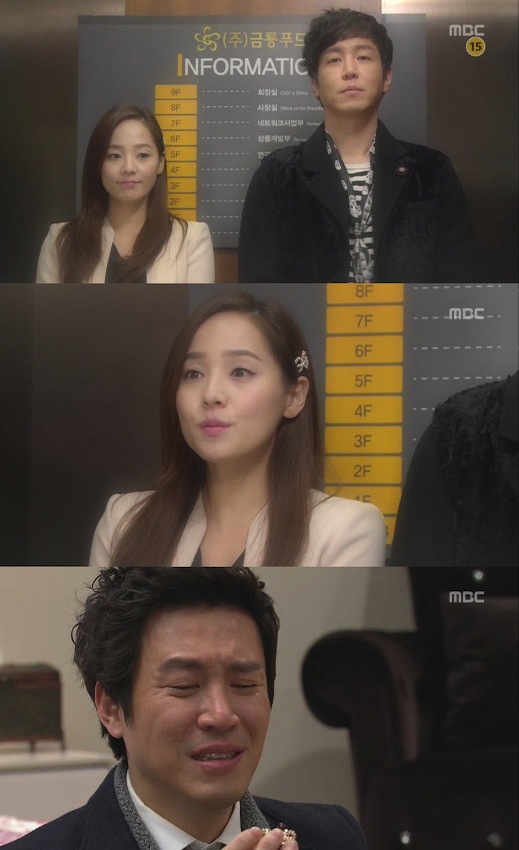 He thought about the time he first met her. He was in a lift going to work when she popped in right before the doors closed and he fell in love. She was a bright and cute person before marriage. She asked him, "Are you going for an interview? I had 2o interviews and if it's your first then you would be very nervous".

However, Kim Cheol-gyu was the interviewer. He smiled brightly at Min Chae-won who came in for her turn. He thought about the first time he saw her and started crying, calling out her name.

"[Spoiler] "A Hundred Year's Inheritance" Eugene and Choi Won-young's first encounter"
by HanCinema is licensed under a Creative Commons Attribution-Share Alike 3.0 Unported License.
Based on a work from this source