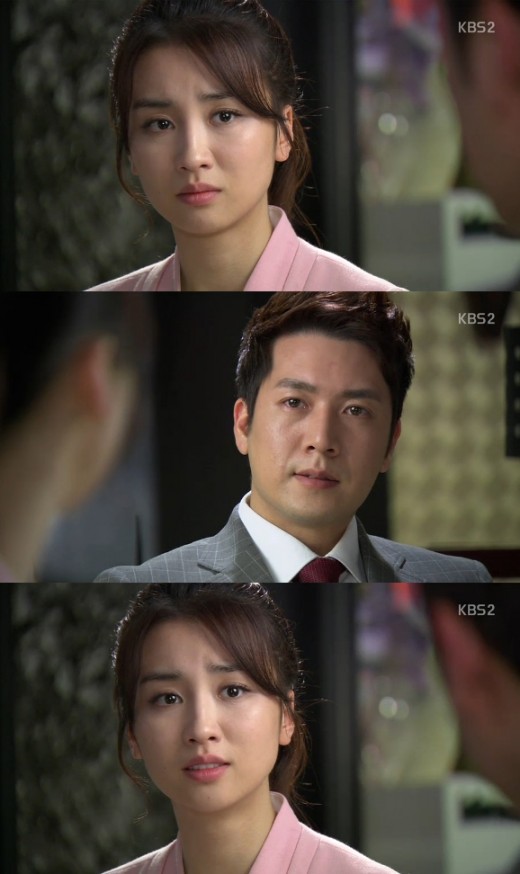 On the twelfth episode of the KBS 2TV drama "Ad Genius Lee Tae-baek", Ji-yoon (Park Ha-sun) rejected Eddie (Jo Hyun-jae) by saying, "I have someone else I really like".

While the draft for Giants which was chosen as the winner of a contest exhibit was swept away in plagiarisml; Ji-yoon suspected Eddie and BK Group. She met up with him outside and questioned him about when he found out -- she was the daughter of chairman Baek.

Eddie answered her truthfully. "At first I approached you because I knew who you were. But I was actually into you. What I feel for you is real".

However, Ji-yoon was already seeing someone. "I believe you. But I already have someone else in my heart". However, chairman announced to her that the deal was over and that she was to marry Eddie. Tae-baek (Jin Goo) found out who she was through their conversation and looked at her in shock.

"[Spoiler] "Ad Genius Lee Tae-baek" Park Ha-sun rejects Jo Hyun-jae's proposal"
by HanCinema is licensed under a Creative Commons Attribution-Share Alike 3.0 Unported License.
Based on a work from this source