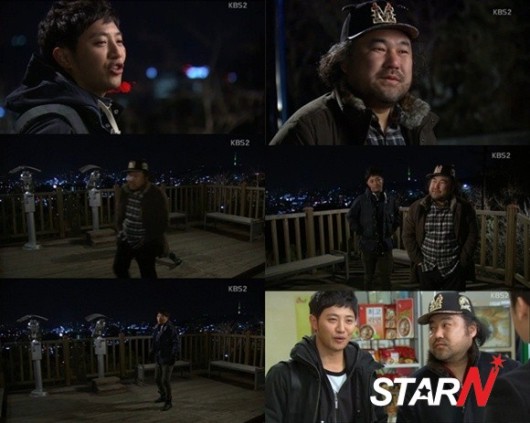 The reason why Ko Chang-seok was thrown out of the advertisement industry was revealed on the episode of KBS 2TV drama "Ad Genius Lee Tae-baek" on the 19th.

Lee Tae-baek (Jin Goo) was in shock when he found out why but he gave him his material and emotional support rather than leave his side.

Ma Jin-ga (Ko Chang-seok) had to leave the advertisement industry when the product he advertised was reported faulty.

He told Lee Tae-baek, "You can't work for me. Do you know what the shortcut to success is? Sticking next to someone who's succeeded". He suggested Lee to leave his side but Tae-baek said, "That's why you should stick next to me".

"You need to be with someone who is going to succeed so you can revive. I want you to be my eyes".

"[Spoiler] "Ad Genius Lee Tae-baek" the reason why Ko Chang-seok was thrown out"
by HanCinema is licensed under a Creative Commons Attribution-Share Alike 3.0 Unported License.
Based on a work from this source