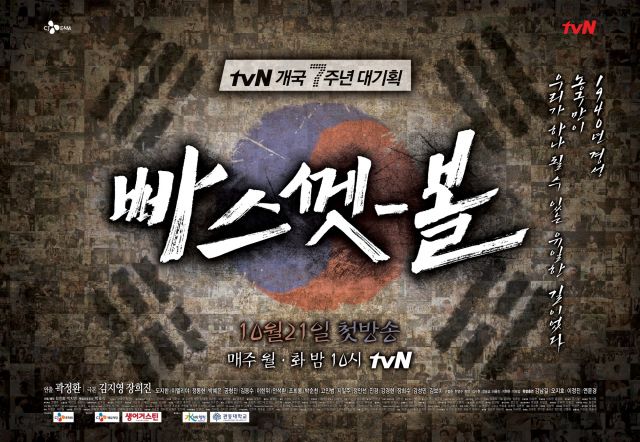 24 episodes - Mon, Tue 10:00
Synopsis
A drama about the first Korean National Basketball team which entered the London Olympics in the year 1948. A man and his friends overcome the conflicts of ideas, the Japanese empiralism and independence with "Basketball".