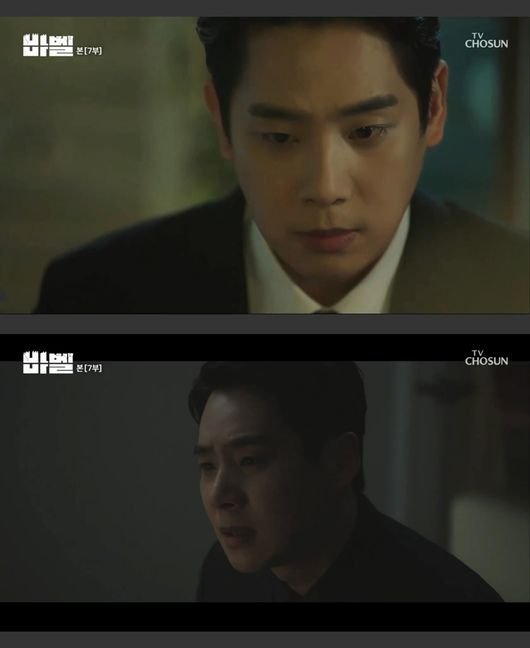 On the previous episode of "Babel", Assistant Woo mentioned something suspicious in his last encounter with Han Jeong-won (Jang Hee-jin).

He met her and said, "Forget it, although it may not be easy. Nothing will happen if you just keep your word". It seems like there's a secret between them. While taking Jeong-won to Tae Min-ho (Kim Ji-hoon-I) who she'd avoided by going abroad, Woo found out 'Mui' needed a donor and Jeong-won hadvolunteered.

Assistant Woo is Tae Min-ho's right hand man who knows all the secrets about Geosan Group. He also knew that Min-ho had been abusing Jeong-won, but merely turned a blind eye, so why did she make the a decision to help him?

Song Won-geun has delivered an excellent performance so far in "Babel". He makes sure Woo doesn't show emotion, but entices curiosity about the character. His expressions don't go through much change, but his eyes hint the events that are going to happen in the future.

"[Spoiler] "Babel" Song Won-geun's Mysterious Connection with Jang Hee-jin"
by HanCinema is licensed under a Creative Commons Attribution-Share Alike 3.0 Unported License.
Based on a work from this source