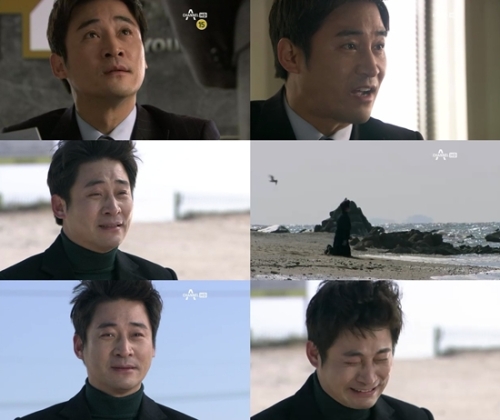 In the latest episode of Channel A drama "Bachelor's Vegetable Store", Jeon No-min's crying act made viewers cry along.

On this episode of "Bachelor's Vegetable Shop", aired on February 22nd, In Beom (Jeon No-min) became angry when he found out the truth about Choi Kang-seon (Hwang Shin-hye) and Jin Jin-sim (Wang Ji-hye).

Kang-seon showed In Beom that she had no desire to leave his side by telling him "Decide what you are going to do with the child I'm pregnant with" in an effort to clutch at straws but he was already angered at discovering the truth that someone else had pretended to be his daughter.

However, Im Beom got furious at Kang-seon for making him the woeful father who didn't even know his own daughter's death. He found the place where his daughter's ashes were spread and got on his knees while he cried out his heart.

His tears of fatherly love touched the hearts of those watching.

Meanwhile, comedian Noh Woo-jin made a special appearance on this day as a man who corners the vegetable shop.

"[Spoiler] "Bachelor's Vegetable Store" Jeon No-min's fatherly love"
by HanCinema is licensed under a Creative Commons Attribution-Share Alike 3.0 Unported License.
Based on a work from this source