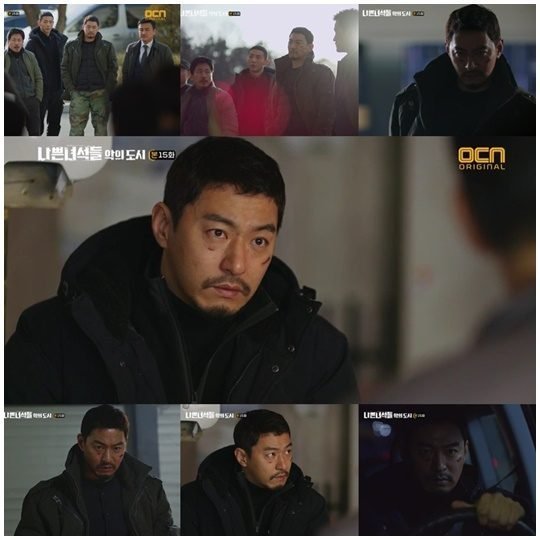 Jin-mo as Heo Il-hoo struggled to put an end to Jo Young-gook (Kim Hong-pa). He recklessly threw himself at the Dongbang Gang and fought them. In addition, he worried about Jang Sung-chuk's (Yang Ik-june) health and hurried to visit him when he heard something was wrong.

Il-hoo puts his life on the line for what he believe is right. Despite any extreme circumstances, he does what he must and overcomes any obstacles.

In the beginning, he was just a restaurant owner, but he had a unique aura. As the story went on, his scarred life revealed itself and he revealed layer after layer of emotion.

"[Spoiler] "Bad Guys : Vile City" Joo Jin-mo Is Riveting on Screen "
by HanCinema is licensed under a Creative Commons Attribution-Share Alike 3.0 Unported License.
Based on a work from this source