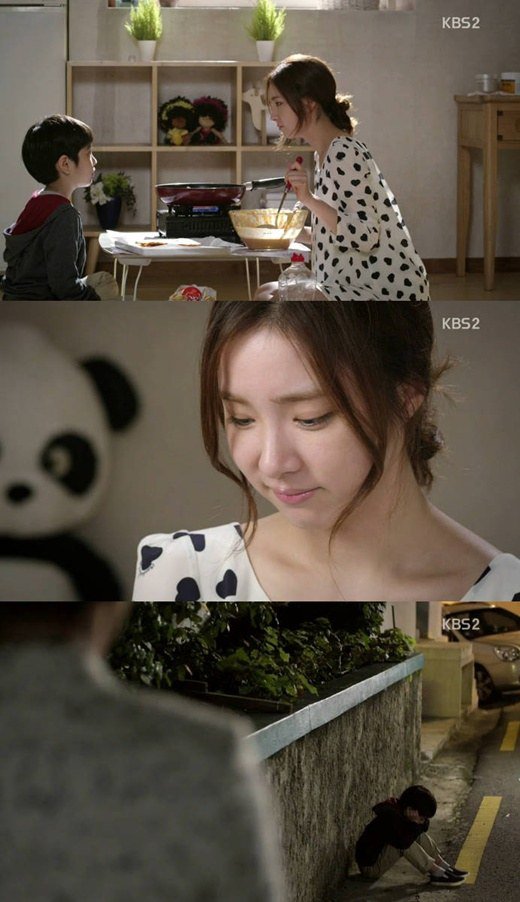 Joo Hong-bin (Lee Dong-wook) was able to meet his son thanks to Son Se-dong (Shin Se-kyung).

Se-dong met Chang at the airport and was able to have him stay with her until he could find his parents. Se-dong was able to get paid thanks to Chang and she called him an angel.

Se-dong was in the market when Chang ran away at the sound of police cars. She looked got him and ran into Joo Hong-bin who'd heard about Chang. They found him sitting on the street, singing with his ears closed.

Hong-bin knew right away that was his son because Chang was singing a song he and Kim Tae-hee (Han Da-gam) used to sing together.

"[Spoiler] "Blade Man" Lee Dong-wook meets son thanks to Shin Se-kyung"
by HanCinema is licensed under a Creative Commons Attribution-Share Alike 3.0 Unported License.
Based on a work from this source