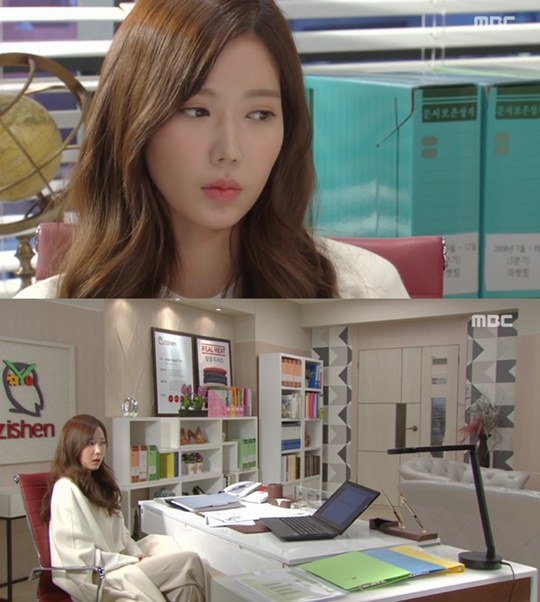 Im Soo-hyang schemed on getting Lim Ji-yeon out of the company.

On the thirtieth episode of the MBC weekend drama "Blow Breeze", Kim Mi-poong (Lim Ji-yeon) was about to get fired from the company because of Park Sin-ae (Im Soo-hyang).

Kim Mi-poong went to work after she got a call that all the new products had disappeared.

She claimed there must have been a mistake with the delivery but Park Sin-ae was behind it.

Park Sin-ae said to Mi-poong, "I will reimburse all the products, but you failed to keep your promise to our clients and damaged the company's reputation, therefore you should pay for it. You're fired".

Mi-poong tried to defend herself but Sin-ae didn't even flinch and told an employee to take her out.

Lee Jang-go (Son Ho-jun) helped Mi-poong prove that it wasn't her fault the products disappeared. The real culprit was the delivery man who acted on Sin-ae's orders.

Just as Sin-ae's evil deed was about to come to surface, the driver lied that he did what he did because his daughter was sick. Thanks to him, Sin-ae's true identity was kept a secret.

"[Spoiler] "Blow Breeze" Im Soo-hyang exposes her nasty side"
by HanCinema is licensed under a Creative Commons Attribution-Share Alike 3.0 Unported License.
Based on a work from this source