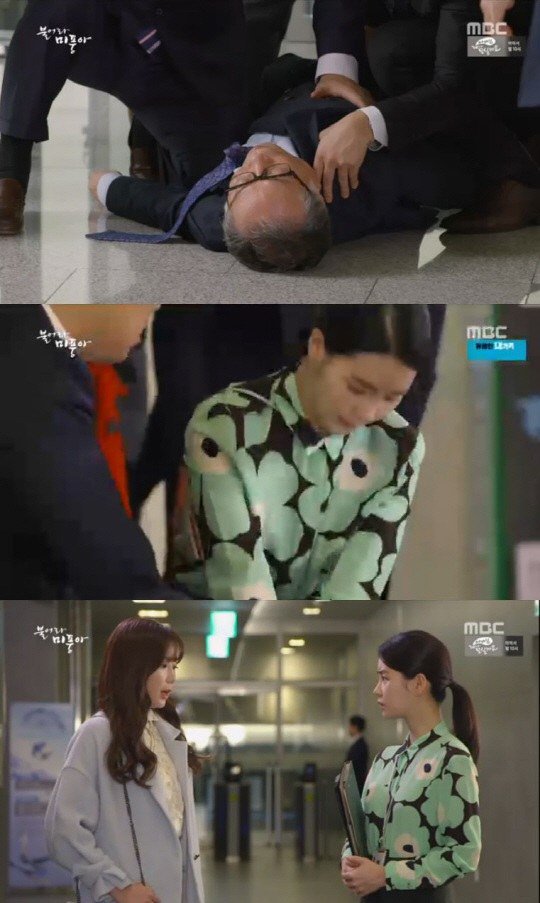 Park Sin-ae (Im Soo-hyang) pretended to be Deok-cheon's granddaughter when she ran into Mi-poong. She was fooling everyone except Mi-poong who didn't believe an orphan could have a grandfather.

Deok-cheon fainted on his way to the office. Mi-poong found him and performed CPR. Despite everyone who tried to stop her, she did her best and thought about the best times she had with Deok-cheon.

Thankfully, Deok-cheon came alive. He was grateful to Mi-poong and asked her to dinner with his family.

"[Spoiler] "Blow Breeze" Lim Ji-yeon saves Byun Hee-bong"
by HanCinema is licensed under a Creative Commons Attribution-Share Alike 3.0 Unported License.
Based on a work from this source