On the latest episode of the tvN drama "Bride of the Water God 2017", So-ah wanted to purchase land but Sin Hoo-ye told her, "Not today" and postponed the contract signing. He held onto her and sent her home but not before making her to some farm work.

Ha Baek followed So-ah home and watched her talk to someone on the phone. Then he said, "Who are you talking to and smiling so foolishly?"

Mysterious things continued to happen in the world of the gods and Ha Baek asked Moo Ra (Krystal) for help in finding out what happened. 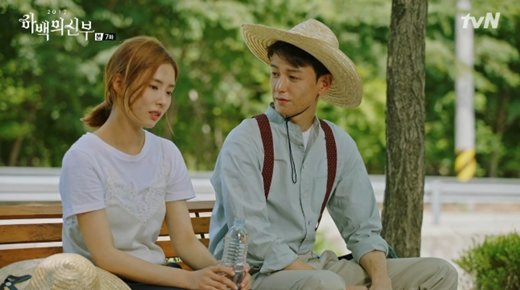 They came out of the restaurant together and H Baek looked disappointed. He left. Hoo-ye was interested in So-ah and asked her how fast the wind that stole her heart was. He wanted to stop the wind from blowing and So-ah said, "It already has". 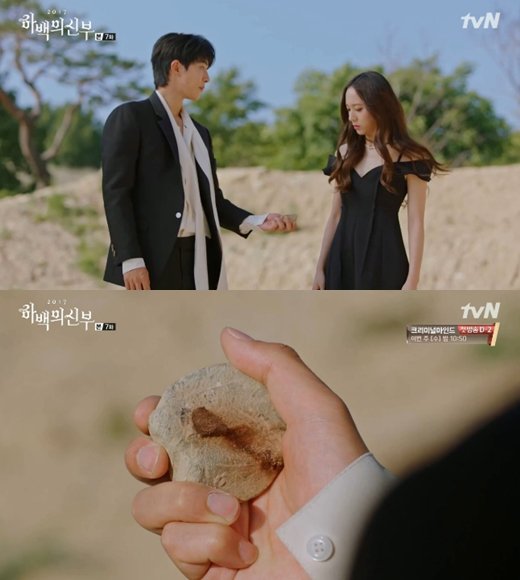 So-ah asked Ha Baek why she shouldn't have bought the land and Ha Baek said, "They'll say I'm a king who couldn't even protect a single land".

So-ah was sure of her choice but she recalled what Ha Baek said and Nam Soo-ri (Park Kyu-sun) told her she saw Ha Baek yesterday.

Hoo-ye approached So-ah and Ha Baek approached Hoo-ye. He said, "I know you. I have you on a watch".

"[Spoiler] "Bride of the Water God 2017" Nam Joo-hyuk whispers to Lim Ju-hwan"
by HanCinema is licensed under a Creative Commons Attribution-Share Alike 3.0 Unported License.
Based on a work from this source