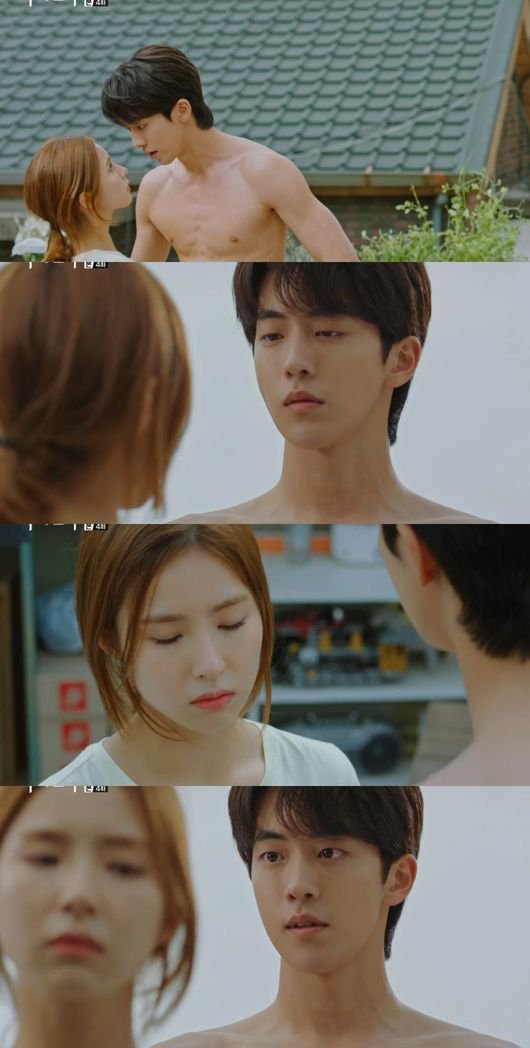 Shin Se-kyung warned Nam Joo-hyuk not to kiss her.

On the latest episode of the tvN drama "Bride of the Water God 2017", Ha Baek was enjoying a bath in So-ah's house. She passed him a towel and said, "You'll get arrested for corruption of public moral".

So-ah told Ha Baek that he wasn't a god since he lost his powers and he was mad. He grabbed her by the waist and asked, "So if you lose your humanity does that mean you're not human?"

"[Spoiler] "Bride of the Water God 2017" Shin Se-kyung "Kiss me and I'll sue you""
by HanCinema is licensed under a Creative Commons Attribution-Share Alike 3.0 Unported License.
Based on a work from this source