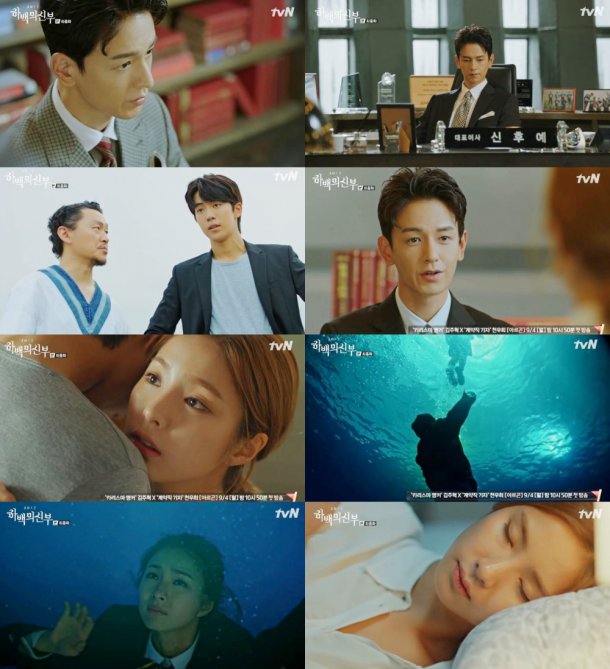 The reason for Shin Se-kyung's father's death was revealed on the final episode of the tvN drama "Bride of the Water God 2017". Joo Dong (Yang Dong-geun) told Ha-beak (Nam Joo-hyuk) that So-ah's (Shin Se-kyung) father had the coat of arms he'd lost and that So-ah would've made a wish.

So-ah's father had witnessed So-ah killing herself and had sacrificed himself for her.

"[Spoiler] "Bride of the Water God 2017" The reason for Shin Se-kyung's father's death"
by HanCinema is licensed under a Creative Commons Attribution-Share Alike 3.0 Unported License.
Based on a work from this source