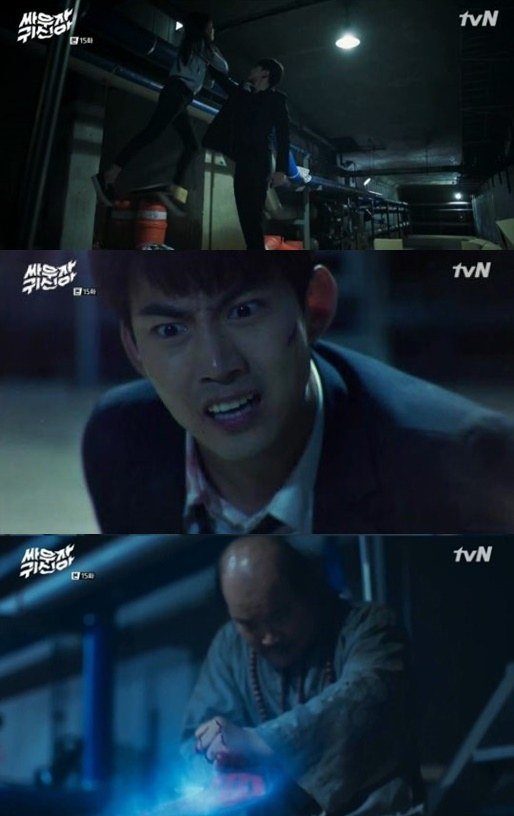 On the Monday episode of tvN's Monday & Tuesday drama, 'Bring It On, Ghost', Joo Hye-seong (Kwon Yool) gave intoxicated beverage to Hyeon-ji (Kim So-hyun), who dropped by the veterinarian clinic, and kidnapped her.

Joo Hye-seong took away the rosary from Hyeon-ji and tried to choke her to death. He said, "Since your role is over now, I'll let you take a rest".

At the moment, Bong-pal (Ok Taecyeon) appeared. Bong-pal blocked Hye-seong in order to protect Hyeon-ji. However, Bong-pal was overwhelmed by Hye-seong and he fell down. Hye-seong said, "Wait just a minute, we'll become one body now" and tried to steal Bong-pal's body.

"[Spoiler] 'Bring It On, Ghost' Ok Taecyeon has hand-to-hand combat with Kwon Yool to rescue Kim So-hyun "
by HanCinema is licensed under a Creative Commons Attribution-Share Alike 3.0 Unported License.
Based on a work from this source