[Spoiler] 'Bring It On, Ghost' The retired exorcist regrets something 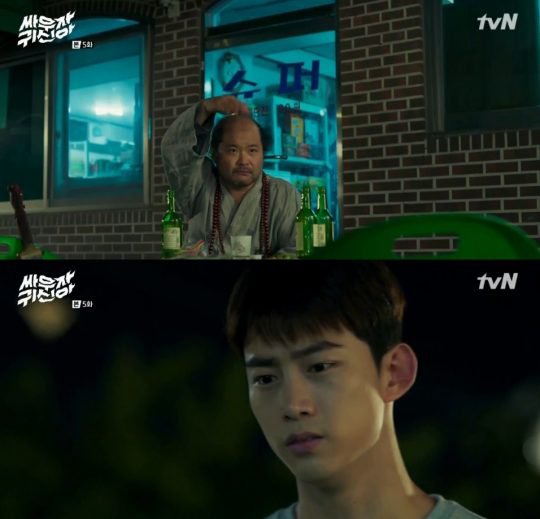 The episode of tvN's 'Bring It On, Ghost' on July 25th showed a conversation between Monk Myeong-cheol (Kim Sang-ho) and Park Bong-pal (Ok Taecyeon), which brought up a painful past history.

Monk Myeong-cheol told Park Bong-pal, "I told you to stop performing exorcism? How would I be able to face your mom again after I die?".

Park Bong-pal said, "Why do you bring up the story about my mom again all of sudden". Monk Myeong-cheol said, "Why did I do it at the time. Only if I had not made the mistake...". He was regretting something he had done in the past but has not been able to discuss about it.