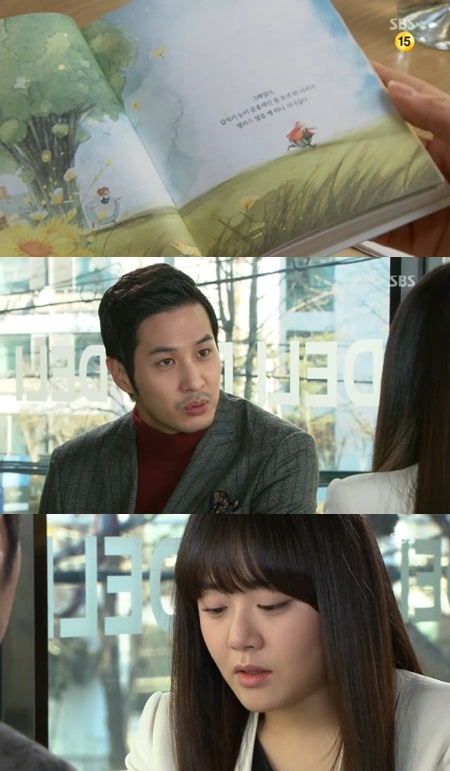 Han Se-kyeong then tried to get a job. She added that she was Cha's personal stylist on her resume and the judges changed their responses towards her. She thought to herself, "I was a D until just now and now I am an A. I've used him now after we've broken up".

Tommy Hong (Kim Ji-suk) came to see Han See-kyeong and said, "You are wrong about the ending of Alice. Didn't you say she was going to wake up from her dream? The sister who wakes her up has another dream, she's n not entirely dreaming but half-eyed. She only believes half of the fact that she's in a dream. Even though she knows she'll be back in reality when she wakes up".

Han Se-kyeong then said, "Well she must be a grown up then. To know and still believe half of it".

"[Spoiler] "Cheongdam-dong" Alice's real ending"
by HanCinema is licensed under a Creative Commons Attribution-Share Alike 3.0 Unported License.
Based on a work from this source