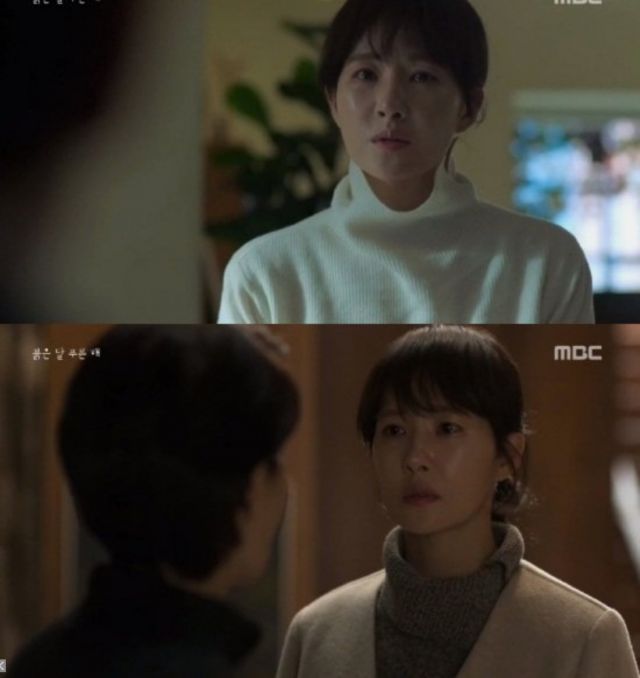 On the latest episodes of the MBC drama "Children of Nobody", Cha Woo-kyeong (Kim Sun-ah) discovered the truth regarding her sister. The red cry had asked her if she wanted to know the truth and told her not to trust her step-mother.

Cha Woo-kyeong started suspecting her step-mother Heo Jin-ok (Na Young-hee). Han Si-wan's (Kim Kang-hoon) sister had died from injuries caused by her father. Cha Woo-kyeong knew this case had something to do with her past.

Cha Woo-kyeong discovered Cha Se-kyeong (Oh Hye-won) and Heo Jin-ok were mother and daughter. She tried hypnotic treatment once again. She saw the face of her sister Se-kyung. It was the girl in the green dress. She recalled the times they were abused by their step-mother. They grew up afraid of their step-mother and her sister had been treated badly. One day, her sister was found dead.

Cha Woo-kyeong questioned her step-mother about bringing in her own daughter in the place of her dead sister. "I thought you were an elegant woman, but you're actually very cunning and vulgar old woman".

Cha Woo-kyeong was a victim of child abuse and her sister had died from it.

"[Spoiler] "Children of Nobody" Kim Sun-ah Realizes How Terrible Na Young-hee Truly Is"
by HanCinema is licensed under a Creative Commons Attribution-Share Alike 3.0 Unported License.
Based on a work from this source