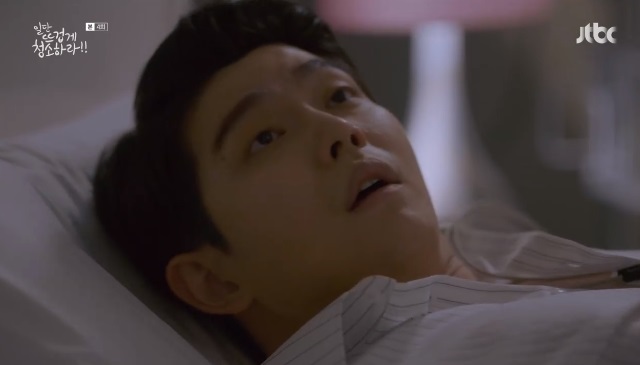 On the latest episode of the JTBC drama "Clean with Passion for Now", Jang Seon-gyeol (Yoon Kyun-sang) passed out after Kim Oh-sol's (Kim Yoo-jung) sudden kiss.

Lee Do-jin walked away after seeing that. Jung Seon-gyeol woke up in the hospital. Apparently, he had passed out.

He recalled the kiss and left the hospital. His assistant (Yoo Sun) said she needed to know why he passed out and he said, "I was hit in the lips with dung". 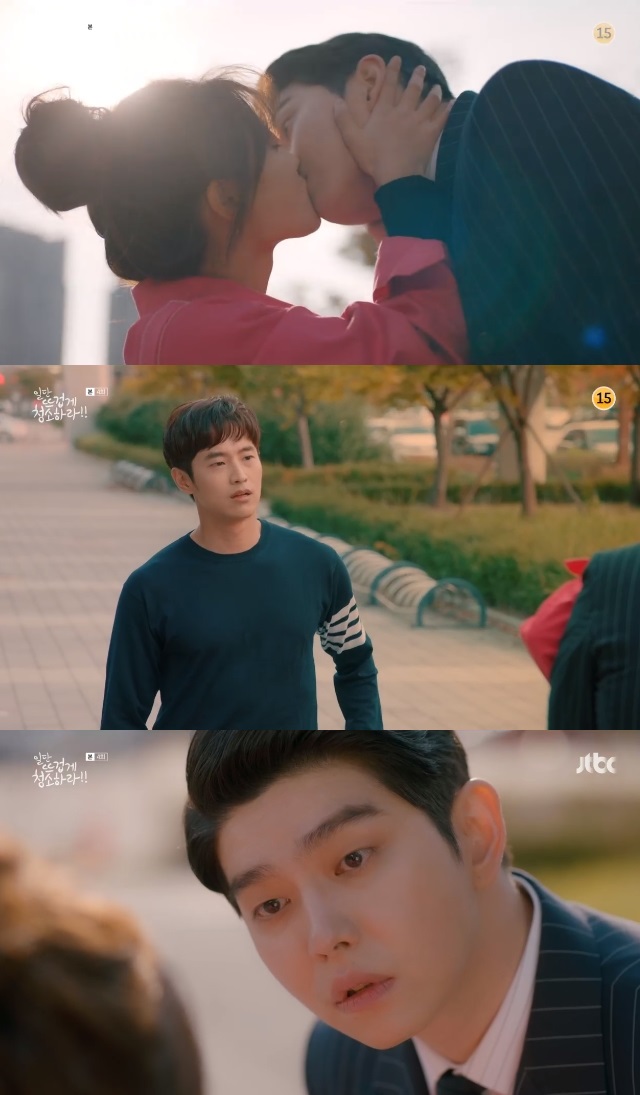 "[Spoiler] "Clean with Passion for Now" Yoon Kyun-sang Passes Out After Kissing Kim Yoo-jung"
by HanCinema is licensed under a Creative Commons Attribution-Share Alike 3.0 Unported License.
Based on a work from this source