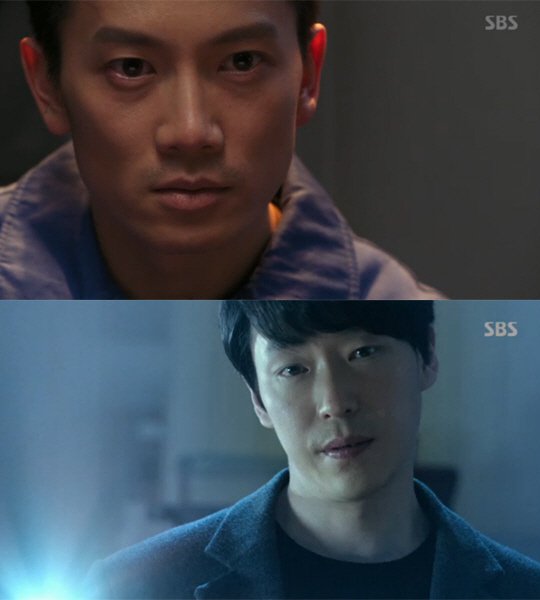 Uhm Ki-joon committed another murder and was on the verge of having his identity revealed. Ji Seong gave up on his appeal and was planning an escape as he was being moved to another prison as a death-row convict but he recalled Uhm Ki-joon was the one who ordered the manipulation of killers.

Park Jeong-woo said, "I have to become the criminal for Ha-yeon to live. I made all the evidence. The appeal will take a couple of months. Motive and evidence is perfect and they even have my confession which led to the death penalty. Who will believe me?"

"I have to be the criminal for Ha-yeon to live. Let's make it look like I had an affair". He prepared to escape from prison. However, he met an escape artist (Lee Deok-hwa) through one of his inmates and from him he heard, "This place is small and old. There is no place that can't be seen. The human eye is the hardest to fool. There is a watch tower still. They already know which way we're going to go out".

Park Jeong-woo recalled the past and he remembered who the criminal was. It was Cha Min-ho (Uhm Ki-joon). They reunited in prison when Cha Min-ho was arrested for killing Jennifer Lee (Oh Yeon-ah) and was framed for Na Yeon-hee's (Uhm Hyun-kyung) car accident.

Seong-gyu returned to the house where Ha-yeon (Shin Rin-ah) was. It was the house right in front of Park Jeong-woo's. Seong-gyu let Ha-yeon talk to her father. When he heard Jeong-woo say, "It's daddy. I will come get you soon. Can you wait? Mommy's a little sick", Seong-gyu threatened him, "Make a confession if you want to save her".

Meanwhile, Cha Min-ho was on the verge of getting his identity revealed. He was surprised to see Jennifer Lee, his brother Cha Seon-ho's ex-girlfriend and Na Yeon-hee's friend. She was someone who knew Cha Seon-ho when he was alive.

However, Jennifer suspected him and Cha Min-ho killed her.

"[Spoiler] "Defendant" The real culprit was Uhm Ki-joon, faces Ji Seong in prison "
by HanCinema is licensed under a Creative Commons Attribution-Share Alike 3.0 Unported License.
Based on a work from this source