[Spoiler] "Descendants of the Sun" Song Joong-ki and Song Hye-kyo, today is the 1st day 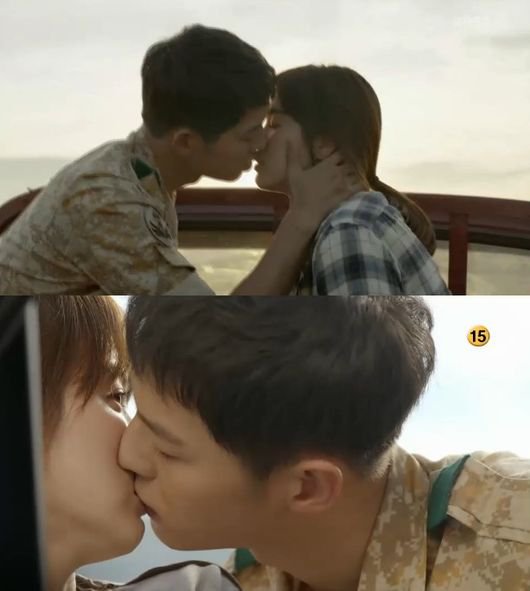 The flirting has ended. Today is day 1. Song Hye-kyo finally gave in to Song Joong-ki. The kiss was just a plus.

Mo-yeon kept running away from Si-jin since her will was carried out on speaker in the whole area. It was her true feelings for Si-jin. She ran away from Si-jin who came to talk to her about it. She avoided anyone in uniform but Si-jin told her not to feel bad about it because he liked her more. He succeeded in melting her heart. 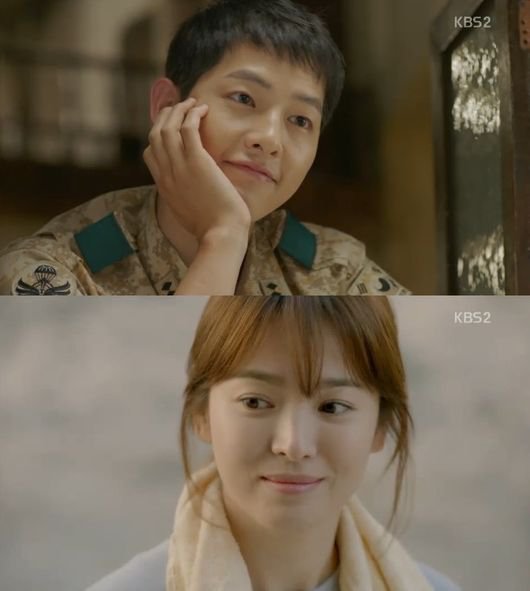 Si-jin saved Mo-yeon from danger once again. The car they were in had stepped on a landmine. The earthquake had brought down the missing mine. Si-jin lead Mo-yeon out of the field of landmines by telling her to step after him step by step.

Mellow overtook blockbuster in the end. Mo-yeon confessed that her name wasn't on the list of the medical teams going back to Korea and that she wanted to be with Si-jin a little longer. Then she said, "I think I confessed, but should I apologize?" Si-jin replied, "How do you know I am going to accept it?" and kissed her.

Being a Special Forces agent, he stole glances at Mo-yeon with his sniper but the end of the sniper was a 'heart shot'. He added that his target was very pretty. 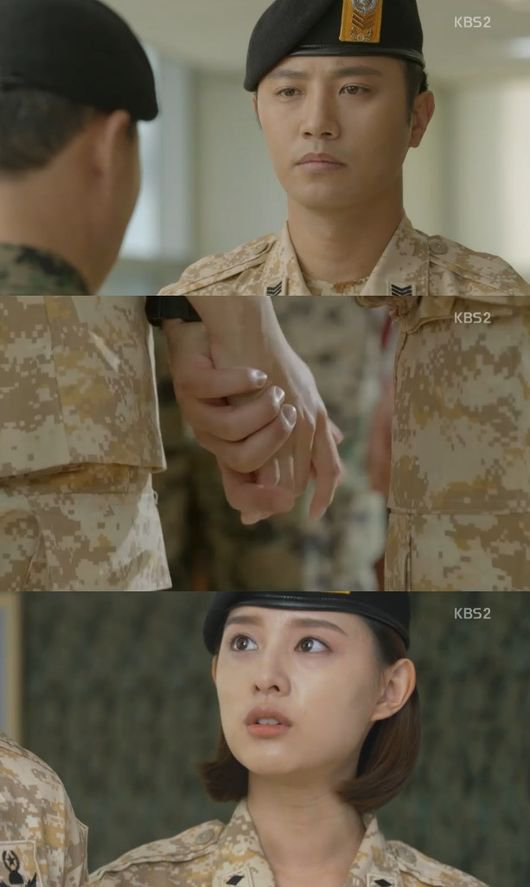 Lieutenant general Yoon allowed them to meet. However, he told them to quit being soldiers. Dae-yeong contemplated between the life as a soldier and life with Myeong-joo. However, he didn't tell her this.

Mo-yeon had fallen for Agus' (David McInnis) trap. She had to save him who had been shot. How will she overcome this situation?

"[Spoiler] "Descendants of the Sun" Song Joong-ki and Song Hye-kyo, today is the 1st day"
by HanCinema is licensed under a Creative Commons Attribution-Share Alike 3.0 Unported License.
Based on a work from this source